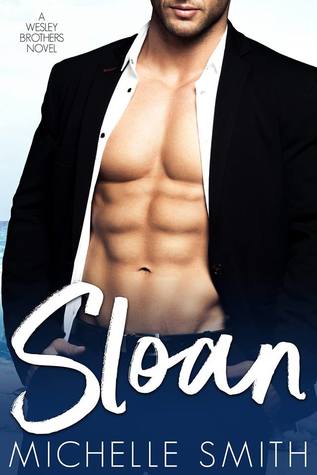 Coming out of a long-term relationship, he’s not looking for anything serious. So, when a sexy woman with long legs and lavender-tinted hair strolls into his law office, his only thought is how fast he can get her under him.

Being the personal assistant to a professional baseball player has its rewards. Aside from being around gorgeous men in tight pants, Elizabeth Vaughn's job is to keep her client's life running smoothly. But a routine errand to drop off papers for her boss's new attorney turns out to be anything but routine.

Getting involved with each other has ‘bad idea’ written all over it, but they won’t let a little thing like that dissuade them. After all, two grown adults can have a no-strings attached relationship. Right?

Of course, things are never quite that easy…

*All books in the Wesley Brothers Series can be read as standalones.

I officially have become a fan of Michelle Smith's writing. I recently had the chance to read and review Cade, book 1 in this series, so when I was offered a copy of Sloan, I jumped at the chance to read and review it. I really enjoy the author's writing style. She has a way of drawing the reader in and keeping your attention with each passing page. The characters are well written and engaging, charming, sexy, a little witty and a little broken as well. I would suggest reading book 1 before reading Sloan's story as there is overlapping of the characters in this book. Something that I really enjoy. I always like to see past characters in a series get a little page-time in the next book.

Sloan works hard for his families law firm. Recent changes have him traveling a lot more than normal. Upon the return from his latest business trip, all he can think about is going home and relaxing for a few days or maybe even a week. No such luck. He finds himself literally face to face with his cheating girlfriend. The story then jumps ahead about three months, Sloan finally has his own place and has no intention of getting into a relationship again. He wants to enjoy his newfound single freedom and the company of any willing woman he chooses. Meeting Elizabeth may just throw a wrench in those plans.

Elizabeth has just made the move to Florida with her brother and has no intentions of getting attached to another man. She likes being able to play the field and have control over her life. Having her heart broken again is just something she would rather not deal with. When she meets Sloan Wesley there is an instant attraction and she can only hope that they are on the same page. Can they have a friends with benefits fling or will feelings and emotions get caught up in all of it making them question what it is that they have gotten themselves into? When past loves make an appearance, will what Sloan and Lizzy have be strong enough to withstand the blow or will someone walk away with yet another broken heart?

Lizzy and Sloan together are hot hot hot. I love both of their characters so much. They both have baggage and walls built so high they have no plans of letting anyone in. They are both more alike than they are different. The chemistry between them is crazy and you can feel it from the first time that they meet. So, if you are in the mood for a sweet, sexy, hot read that will occupy a few short hours of your time, then this is definitely the book for you. I can only hope that we see more books about the other brothers and maybe even Holden in this series.

“The view is killer from up here.”

“It sure is.” The rougher tone of his voice sends chills racing across my body and I venture a peek over to see his face. He’s looking right at me, his comment about the view obviously not having the same meaning as the way I meant it. His hand dips low on my hip, turning me until I’m facing him and his other hand reaches up to the brim of my cap. He tips it up and back, slipping it off my head and threading my ponytail out of the hole. The cap is suddenly gone, both hands now sliding up to grip the sides of my cheeks. The skin of his hands feels rough and masculine, despite the fact he works as an attorney. But I don’t have time to focus on his hands anymore as he lowers his face to mine, close enough that I can feel his breath flutter over my lips. But he doesn’t make contact. It’s torturous.

“You have beautiful eyes.”

“I could say the same about you.” My voice is breathy and low, and he quirks his lips up at the compliment. Finally—finally—he leans in and his lips touch mine. They’re firm yet soft; like they’ve been each time I’ve had the pleasure of kissing them. It starts off languid, slow, more explorative, but still full of passion and promise. It doesn’t stay that way for long before there’s a shift in intensity. We can’t get enough. Our tongues taste and caress each other, our breathing becomes labored. He nips and sucks my lip, kissing away the sting after. It’s a mix of sweet and ravenous, and I’m very disappointed when he pulls away from me. I’m horny and wet, and dammit I want his lips back, among various other parts of his anatomy.

“We should get out of here. Head on over to my place, if you want.” It’s a statement more than a question, but to be honest, I’m fine where I am. I don’t think I could make it back to his place fast enough anyway.

“Or,” I start, pulling his face back towards mine, “we could finish what we started. Right here. Right now.” 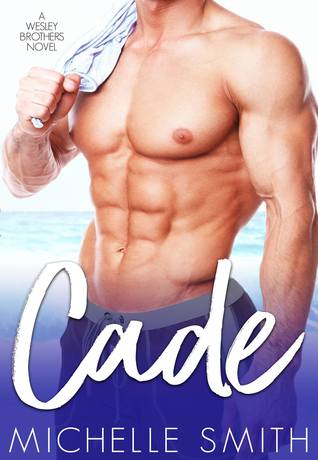 Cade is Michelle Smith's debut book and holy moly I loved it! Talk about a smokin' hot, sexy as hell read! The characters are engaging and entertaining. Not to mention a hotter than hell bartender and his equally as hot brothers. Did I mention this story was smokin' hot...lol

Cade, Cade, Cade...you are BBF material. Seriously if you can get past the bar scene with your panties dry, then there is seriously something wrong with you. Damn, I needed a cold shower after that one...yes I am faguebooking here...if I say anymore it will give it all away!

Nora...I loved her just for her name! Working as a paralegal was something she never set out to do, but when he past boyfriend accepts a job in Texas, she picks up and follows him. She never imagined that he would walk away from her once she made the move. She likes her job and is good at it. When her boss asks her to accompany her on a business trip to Miami, Nora never imagined that the gorgeous, sexy bartender would keep her occupied for more than a few days and nights.

I really enjoyed the fact that I got to read about Cade's character and where he comes from and what drives him to be the hard working man that he is. Granted the story is a little insta-love, but you don't get that from the get-go. The first few chapters are about Cade and Nora's lives as individuals and I loved the build-up to their first meeting and then the sparks fly! The chemistry between these two is off the charts hot. What starts out as a simple fling, quickly becomes something more than they are both ready to admit to. But it is all told in a great way. You get that they have this amazing connection and they are both fighting this crazy feeling that they have for each other, knowing that it can't possibly go anywhere after the few days that they may have together.

Can one week of happiness and bliss be enough for both Cade and Nora to enjoy or will they find a way to get past the distance and job obstacles that stand in their way of true happiness...something they both never set out to find, but now is within their grasp? Grab your copy of this super sexy, sweet, smokin' hot read and get whisked away into everything Cade! Michelle Smith has gained a new fan and I cannot wait to get started on Sloan's story. 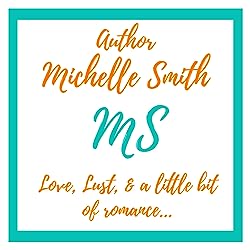 For as long as she can remember, Michelle Smith has been making up romantic stories in her head. But it wasn't until this year that she finally became brave enough to publish them.

If she's not reading or writing, you can be sure she's watching her beloved Dallas Stars somewhere, or any of the numerous other sports she likes to watch. She currently lives in Big D (that’s Dallas, Texas for those who don’t know) with her wonderful husband and children.