Start Your Engines by Jim Cangany 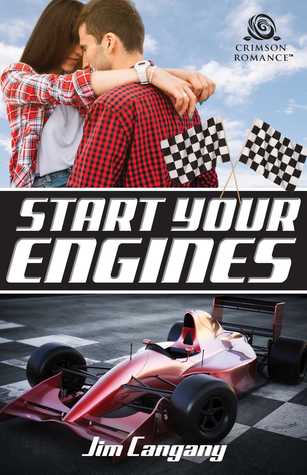 Buckle up for a race for the championship and the prize of a lifetime in this heartfelt reunion romance.

When racing team director Brad Thomas needs a new driver, his boss insists there’s only one answer: Gabrielle Marquez. The Indycar ace has newly returned to the United States after becoming one of the European circuit’s top drivers. But ten years ago, Gabrielle caused a crash that ended Brad’s racing career and killed their mutual best friend, along with the burgeoning crush they were exploring.

Gabby’s ready to put the past behind her, even though she knows making amends and regaining Brad’s trust won’t be easy. Rebuilding their professional relationship paves the way for healing, and old feelings soon rekindle, but a rival’s dangerous game of sabotage may threaten their team’s chance at the title.

Then an irresistible offers lands on Gabby’s windshield, forcing her to choose between her heart and her hard-fought career. Will achieving her professional dreams mean personal sacrifice?

The AES machine flashed across the finish line as the starter waved the green flag, the prismatic paint job displaying every color of the spectrum.

“God, she’s beautiful.” The moment Brad had uttered the words, he realized he wasn’t sure if he was referring to the car or its driver. He was happy he didn’t have his microphone on, though.

A video feed of Gabrielle’s progress was in a corner of his computer screen. As she barreled down the long backstretch, which was five-eighths of a mile in length all by itself, he checked her speed. She was zooming at over two hundred miles per hour.

At Gabrielle’s request, the team had disconnected her speedometer. Brad was to report her speed when she finished the first lap and again when she completed the attempt. He was to say nothing else.

Brad held his breath as she flew down the front straight, the song of the turbocharged engine sweeter than an opera singer, and completed lap one. Her speed flashed on the screen. It was all Brad could do to keep from shouting.

The first lap was pole-winning speed.

Down the backstretch and into turn three, the line Gabrielle took was as smooth as soft-serve ice cream. Exiting turn four, she drifted up so close to the white concrete retaining wall, Brad flinched and closed one eye for a moment.

The close call didn’t slow her down, though. She took the checkered flag, completing the run with a two-lap average of 200.2 miles per hour.

Scott gave Brad a thumbs-up but pointed at the scoring pylon. There were two cars left to make their qualifying attempts. One of them was Chas.

By the time Gabrielle was out of the car and had her helmet off, the number seventy-seven had the first lap in the books at just under 199 miles per hour. He was no threat. The team gathered around her to wait for Chas to make his attempt.

Brad gave Gabrielle a fist bump, but nothing more. He didn’t want to jinx anything.

The Thornton Industries machine looked fast as it took the green flag. Brad reached out and took Gabrielle’s hand. A pleasant tingling sensation went up his arm when they touched. She didn’t pull away. Rather, she held on. It was a perfect fit.

Nobody said anything as Chas came into view coming out of turn four. Brad kept his focus on the scoring pylon as their rival completed lap one.

Gabrielle loosened her grip a touch as the group let out a collective sigh of relief. Chas wasn’t far off Gabrielle’s time, but catching her could be a tall order. It was an order he couldn’t deliver. His second lap was a tick over two hundred miles per hour.

Gabrielle was on the pole.

For the most important race of the season.

At the most historic racing venue on Earth.

Amid a cacophony of whoops and shouts of elation, Brad took Gabrielle by the shoulders.

“You did it.” At that moment, someone bumped him into Gabrielle, which brought his lips to hers. The moment they made contact, fireworks went off. Brad wasn’t sure if they were real or imagined, but he didn’t care. Kissing the woman in his arms was electrifying.

Her lips were soft, with a hint of blueberry from her lip balm. His thumb stroked her cheek and wiped away a tear. All too soon, she pulled back. He opened his eyes to find her red-cheeked but smiling from ear to ear. He recovered his senses enough to take her wrist and raise her arm.

“Presenting your pole winner for the Memorial One Hundred, Gabrielle Marquez.” 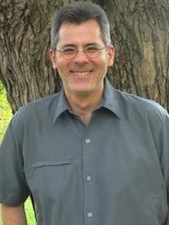 A lifelong resident of the State of Indiana, Jim Cangany is proud to call himself a Hoosier. The youngest of eight children, he grew up in a household full of books and people. Thanks to the influence of his older siblings, Jim gravitated toward fantasy and sci-fi when looking for something to read. He wrote his first story at age fourteen. A school project, The Magic Coin was a fantasy that involved a king, some bad guys, and, not surprisingly, a magical token.

These days, Jim writes romance on the sweet end. If you ask him what is a guy like him is doing writing romance, he'll reply, "Those are the stories in my head." A believer that the world has enough doom and gloom, he likes stories with a happy ending, regardless of genre.

He lives in Indianapolis with his wonderful wife Nancy, sons, Seamus and Aidan, and kitty-cat Maria.

4 Comments to Start Your Engines by Jim Cangany