Dance For Me: A Dark College/Bully Romance (Alder Academy, #1) by Erin Trejo 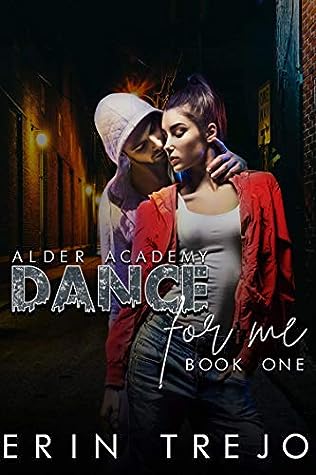 I was the girl no one wanted.
Dumped and left to fend for myself.
Dance became my lifeline, my sanity.
Now I have a new life.
A new twisted family and a school that has me asking questions. Alder Academy isn't your typical college.
It's run by the founding family of Rolling Springs.
And soon, I will learn all their dirty little secrets in the form of the three Alder brothers.
Or so I thought.
Now they are uncovering my past.
And all of our lives are torn apart.

Regretting You by Colleen Hoover

From #1 New York Times bestselling author of It Ends with Us comes a poignant novel about family, first love, grief, and betrayal that will touch the hearts of both mothers and daughters.

Morgan Grant and her sixteen-year-old daughter, Clara, would like nothing more than to be nothing alike.

Morgan is determined to prevent her daughter from making the same mistakes she did. By getting pregnant and married way too young, Morgan put her own dreams on hold. Clara doesn’t want to follow in her mother’s footsteps. Her predictable mother doesn’t have a spontaneous bone in her body.

With warring personalities and conflicting goals, Morgan and Clara find it increasingly difficult to coexist. The only person who can bring peace to the household is Chris—Morgan’s husband, Clara’s father, and the family anchor. But that peace is shattered when Chris is involved in a tragic and questionable accident. The heartbreaking and long-lasting consequences will reach far beyond just Morgan and Clara.

While struggling to rebuild everything that crashed around them, Morgan finds comfort in the last person she expects to, and Clara turns to the one boy she’s been forbidden to see. With each passing day, new secrets, resentment, and misunderstandings make mother and daughter fall further apart. So far apart, it might be impossible for them to ever fall back together.

Bet On Us by MariaLisa deMora 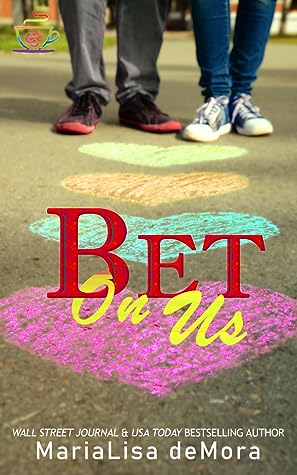 Jericho Conway is the type of son most people would be proud of. He doesn’t cause trouble, keeps his head down, does whatever’s asked of him, contributes to the family, and doesn’t talk back to his mom. They’ve been on their own for as long as he can remember, and he’s always done his best to take care of her—lately that’s in spite of his stepdad.

Jericho’s a way-too-mature-for-his-age fifteen (and a half), and he’s feeling stuck in the small community outside Knoxville where they live. Stuck, because no one here is quite like him. He’s different from his classmates, has been all his life, but what sets him apart is one of those secrets that can’t ever be brought to the light of day.

Then his stepfather stumbles onto his secret. And Jericho’s right. There’s hell to pay.

Eeerrrrkkk. <--That’s the sound of a screeching halt.

Okay, okay. As the person writing the description, I know Bet On Us might not sound like a totally romantic story right off the bat, but it really is! On the one hand, there’s Jericho himself. He’s amazing, promise. And strong, so very strong. Then we’ve got his uncles, who would do anything for him. In Trent and Jacob, we get to see this dynamic, resilient, and loving couple with deep family ties, especially when you factor in Jacob’s sister and her family. (That’s Jaime, Connor, Nate, and Matt from With My Whole Heart. Oh, and Jordan, Nate’s best friend.) Jericho is finally exposed to the kind of fierce and loyal example for how incredibly sweet love should be, and thinks he might see an echo of the thing that’s always set him apart. Here’s hoping his Coming Out Day gives this precious boy exactly what he needs.

It’s been two years since Trent first watched his husband’s eyes grow misty as they talked seriously about babies. Two years of Trent and Jacob searching for the right clinic, then the right surrogate, and then the ever-elusive “right time.” However, all of their tentative plans come tumbling down when Trent receives a phone call from his hometown. A place he’d long ago left in his rearview mirror, stuffing all the memories associated with his personal Coming Out Day into a deep, dark hole never to be revisited.

Only now, Trent is forced to return, because the call is about the murder of his estranged sister and the health and welfare of a half-grown nephew he didn’t know existed. Thrust into guardianship of Jericho, Trent and Jacob struggle to help the damaged teen deal with his grief and the hidden reasons behind his mother’s death.

*Set in the world of With My Whole Heart, this story is a continuation of characters first introduced there, and while it can be read as a standalone, is best enjoyed as a follow-on to that story. 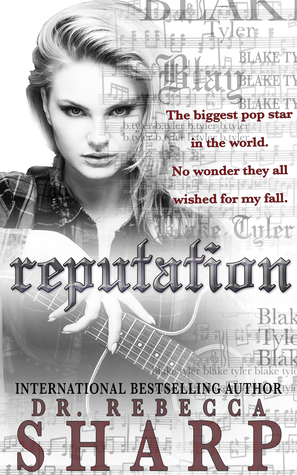 Small-town girl. America’s Sweetheart.
The biggest popstar in the world.
It began with one guy and then the next.
Until my reputation preceded me.
Yes, I dated them - all of them.
Yes, I also broke up with them.. All of them.
Was it too much? The world said yes. Too many, too quickly.
And my star began to flicker.
The world knew nothing about my life and yet, their judgement weighed on me like stone.
My reputation was falling faster than a shooting star and the only way to save it was with the boy who never wanted me.
Zach Parker was a singer, songwriter, and sexy as sin.
To him, I was just the neighbor’s little sister.
A pest that had grown into a famous annoyance.
Zach Parker wanted nothing to do with me.
But he could be tempted - with a stepping stone to fame, that is.
The plan was simple: Childhood Sweethearts Fall in Love on US Tour.
The plan was to let them see what they wanted to see: our ‘romance’ blossom right in front of their eyes.
A romance that Zach had made painfully clear to me years ago would never exist.
I’m told that it was the only thing that could repair my image.
So, every night I’ll stand on that stage and give Zach my heart piece by piece, note by note.
We’ll give them a show they’ll never forget - and a love story that I may not survive.
Because who cares that in order to put my reputation back together, I’ll have to tear my heart apart? 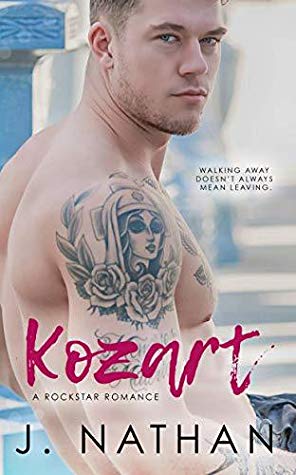 Kozart Savage is the world’s biggest rock star.
At twenty-five, he’s got it all. Money. Fame. And the adoration of fans everywhere.
He thought that was enough to make him forget his past.
Enough to transform his distrusting heart.
Turns out that’s not how it works...
Then he meets a bridesmaid hiding out in a hotel bar.
Probably the only girl on the planet who doesn’t know who he is.
But she seems to be the one girl who can give him something no one else can.

Aubrey Prescott just discovered her boyfriend cheating—at her sister’s wedding.
Trying to escape humiliation, she seeks refuge in a hotel bar.
While trying to figure out how to pick up the pieces of what was supposed to be an amazing senior year in college, a handsome stranger interrupts her wallowing.
A stranger who quickly makes her forget why she’s there.
One who disappears without a second glance.

But walking away doesn’t always mean letting someone go.

The Fall of Troy (The Odyssey Duet, #1) by Dr. Rebecca Sharp 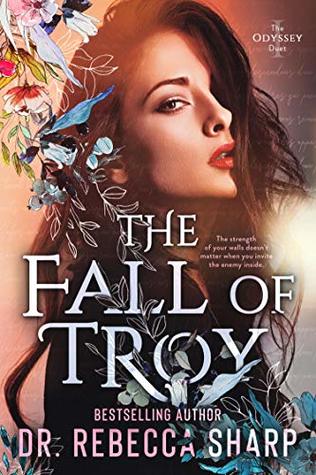 Love is angry. Love is blind.
Love is envious and loathful.
And I loathed Léo Baudin. My new art professor. My enemy.
I didn't move to Rhode Island for this. I came to forget the Troian Milanovic I'd left behind and start fresh where the damage and betrayal couldn't follow.
But Professor Baudin wouldn't let me.
Cold. Caustic. Captivating. He didn't just push my buttons...
He lit them all up with the indifferent smirk of an aristocratic French asshole.
But how much I loathed him only made my need for him stronger.
To have him would be either victory or loss. There would be no compromise.
To have him would be war.
So I fought back.
But I was Troy. And he was the wooden horse, full of dangerous secrets I never saw coming.
I was the one who invited him inside my walls, celebrating without seeing through his disguise.
And under the cover of darkness, he laid siege to my body, my mind, and finally, my heart.
The first may be a myth, but this time the history books would show that if Troy fell, it was with her all.

The Fall of Troy is the first book in the Odyssey Duet.

The Son & His Hope by Pepper Winters 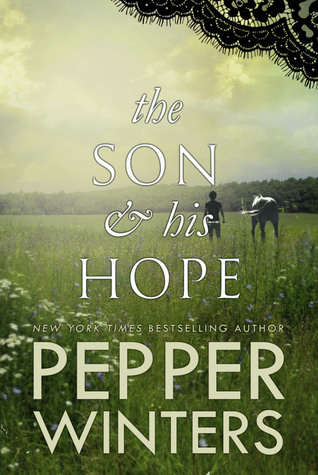 “Things you should know about me from the very beginning:
I was born to true love, witnessed the destruction it causes, and vowed never to let such agony happen to me. I am not a story-teller like my father. I am not a writer like my mother. I am just a son—their son.
I am happy being alone.
And that is all I ever want to be.”

JACOB
The day he was born, Jacob learned his hardest and longest lesson.
It wasn’t a lesson a boy should learn so young, but from his earliest memories he knew where happiness lives, so does tragedy. Where love exists, so does heartbreak. And where hope resides, so does sorrow.
That lesson carved him from the kid to the teen to the man.
And nothing and no one could change his mind.

HOPE
I first met him when he was fourteen at a movie premiere of all places. A movie based on his parent’s life.
He was stoic, strong, suspicious, and secretive.
I was only ten, but I felt something for him. A strange kind of sorrow that made me want to hug and heal him.
I was the daughter of the actor hired to play his father.
We shared similarities.
I recognised parts of him because they were parts of me.
But no matter how many times we met. No matter how many times I tried.
He stayed true to his vow to never fall.