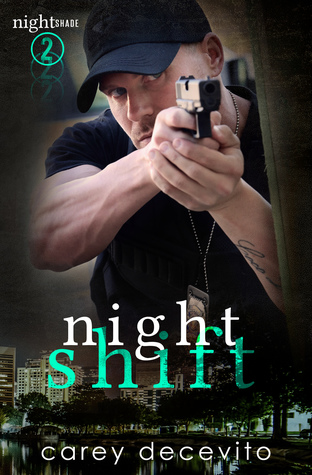 A serial killer…
A past that haunts no matter how much the distance…
Which one will strike first?

Eighteen deaths over eight years has left Shane Peters itching to find his mark. The death that started it all ensured his obsession with the murderer who had turned his life into a living hell, leaving him to raise a newborn daughter on his own.

Starting over wasn’t the easiest thing, but Emberlyn Roth had managed by shear grit and the skin of her teeth. It’s too bad one can’t outrun their past.

A protector of the wronged, Shane is torn between his duty as a detective for the Jacksonville PD and a quest to find himself some peace. Red tape binds his capabilities and moonlighting as an investigator for Nightshade Securities has him feeling stretched thin. Late nights on the streets and his sense of duty keeps him from being the father he wants to be. Throw onto his already rickety house of cards, an attraction to the mysterious Emberlyn, the lead he’s got on the murderer he’s been hunting for nearly a decade, and threats his woman is receiving by an unsavory character from her past, and he’s seriously tempted to take Dalton Kipper’s offer to join his team in a permanent basis.

Rules have a place, but when you’re faced with losing the one that means most to you, lines can become blurred. With the fate of his family’s future hanging in the balance, he’s ready to risk it all.