It all started in a barn, rolling around in the hay with a hot brunette. When I hooked up at my best friend’s wedding with the bride’s best friend, I had hay in places it should never be. And how my bowtie ended up around my dick was an entirely different story. I’ll give you a minute to consider the possibilities.

That first romp set the tone, and each sexual encounter with her that followed became more intense. The fact that all my fantastic orgasms were coming at the hand of one woman baffled me.

A lifetime of observation taught me that monogamy equated to boredom. Variety was the spice of life, in and out of the bedroom. I enjoyed the company of a sexy, smart, confident woman. It was my kryptonite. I was a master flirt, and my sexual skills were unrivaled.

With this woman, I had met my match.

Her carnal appetite a perfect match for mine, and she also taught me a few things along the way.

She called me Mr. Flirt, and could bring me to my knees at every turn.

#PreOrder the Paperback from Amazon today,

eBook will be available on release day! 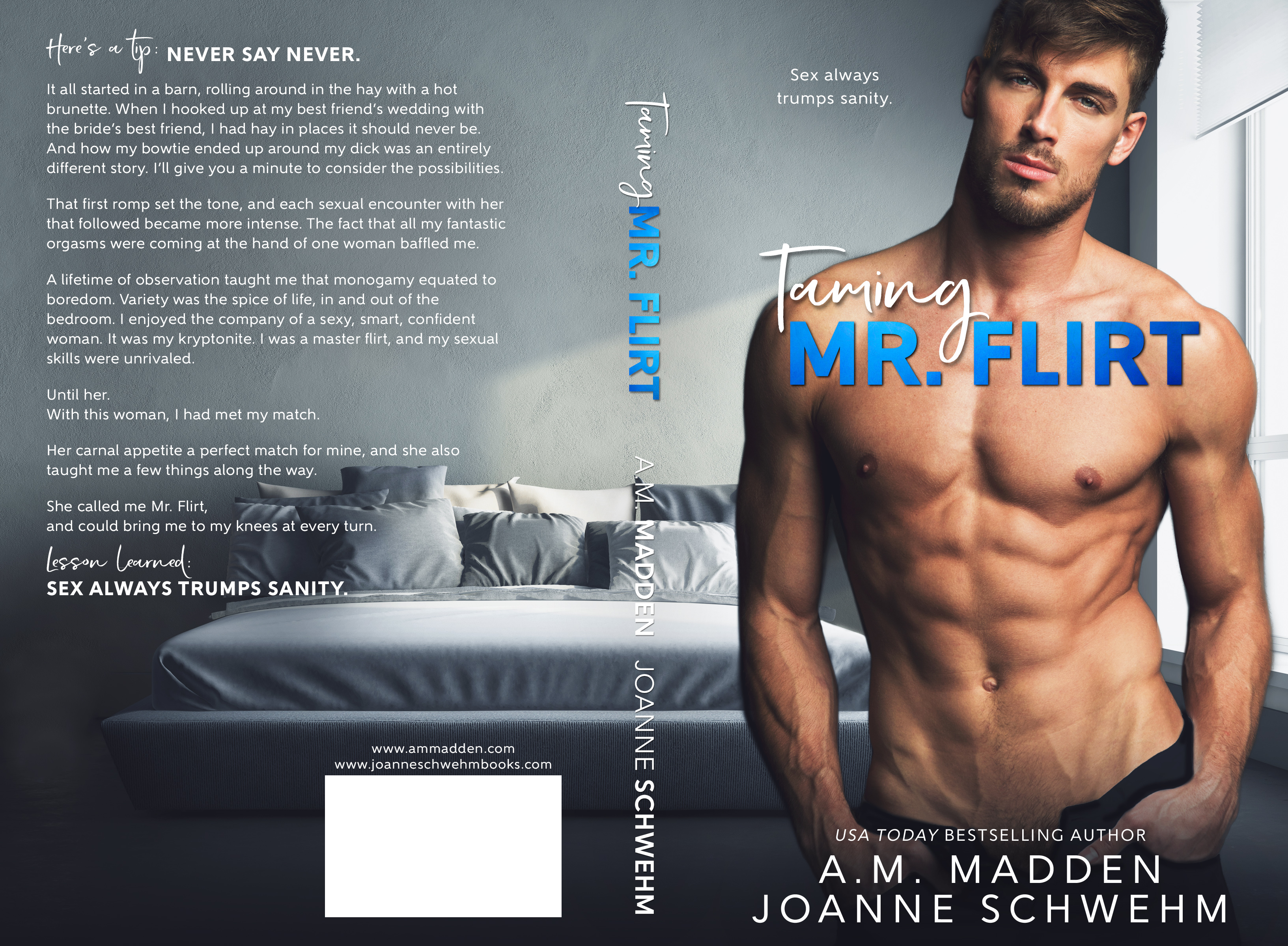 I spun back around, taking her hand with me and started around the rink until we made it to the small break in the railing. With a tilt of my head and a small tug, she knew I wanted off the ice.

Rubber mats greeted the blades of our skates. As if we were marching rather than walking, we carefully made our way to the dimly lit corner of the rink. The small corner was the perfect place for what I had planned.

“What are we doing back here? I could go for that drink now.” She started toward the opposite end where the bar was located.

“Stay.” Her eyes glanced up at me. I lowered my mouth to her ear. “Turn and face the rink.” Vanessa’s brows furrowed, but she did as I asked. “Put your hands on the railing, and don’t move until I tell you to.”

Her head craned back. “Okay, but why?”

The strobe lights were back in full force. I pressed my body against her back and kissed the curve of her neck. “I’m going to fuck you.” Even in the dimly lit rink, I could see her white-knuckled grip on the railing. “Do you remember when Jude and Brae almost walked in on us fucking in the barn? Do you remember what you said?”

“Something about getting caught was hot?”

“Yes. You said the thought of getting caught in public was a complete turn-on. When you said that, the thought of fucking you in public made my dick stone hard. I know I’m turned on right now… are you, Nessa?”

“Good. Ready?” A short quick nod and her ass shifting backward into my crotch could be compared to the effects of a green flag for a Formula One race car. 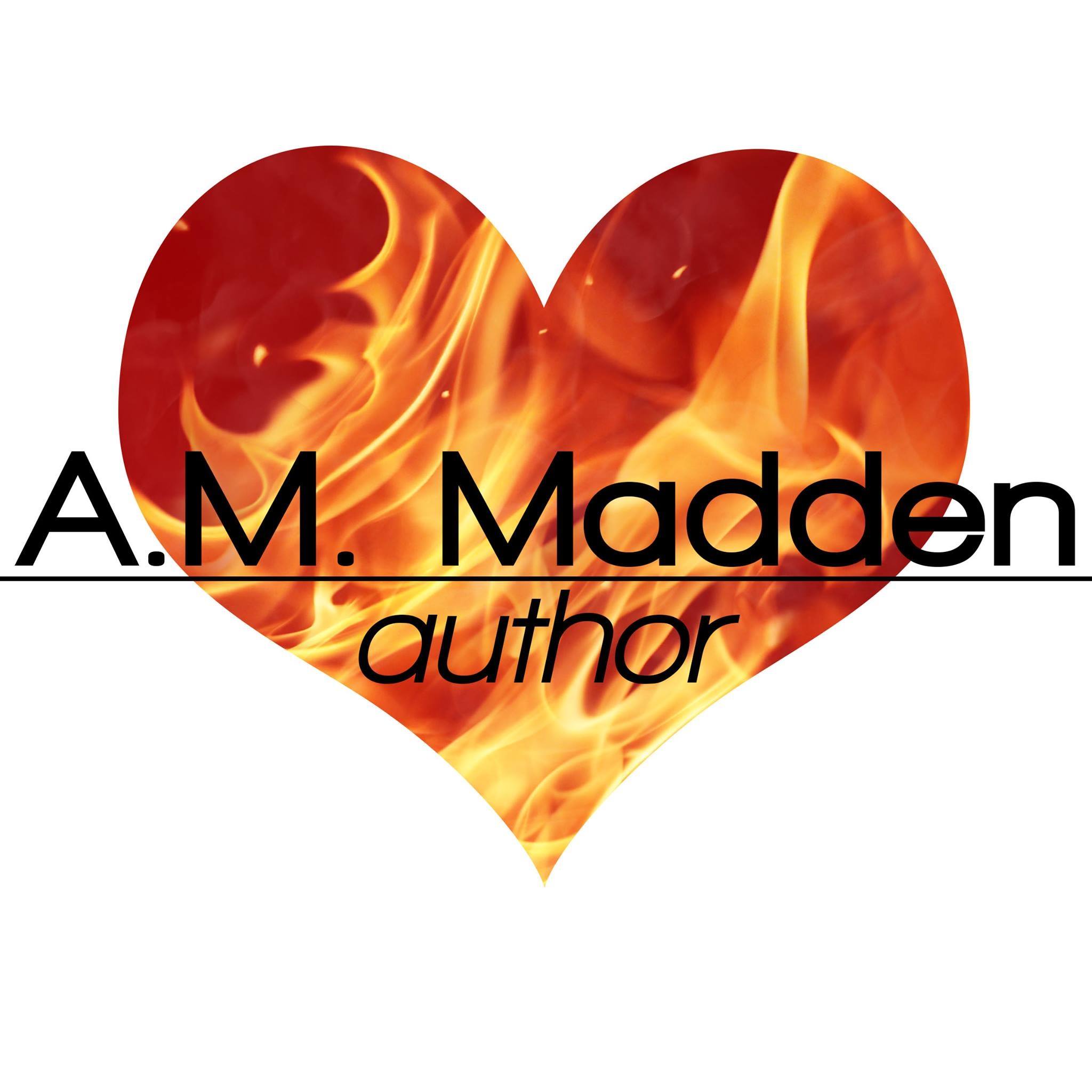 A.M. Madden is a USA Today bestselling published author with Loveswept/Random House as well as Ever After Romance.

A.M. is a wife, a mother, an avid reader of romance novels, and now an author.

A.M. Madden is the author of the popular Back-Up Series, as well as several other contemporary romances. She is also a published author with Loveswept/Random House.

Her debut novel was Back-up, the first in The Back-Up Series. In Back-Up, A.M.’s main character Jack Lair caused readers to swoon. They call themselves #LairLovers, and have been faithful supporters to Jack, as well to the rest of his band, Devil’s Lair.

A.M. truly believes that true love knows no bounds. In her books, she aspires to create fun, sexy, realistic romances that will stay with you after the last page has been turned. She strives to create characters that the reader can relate to and feel as if they know personally.

A self-proclaimed hopeless romantic, she loves getting lost in a good book. She also uses every free moment of her time writing, while spending quality time with her three handsome men. A.M. is a Gemini and an Italian Jersey girl, but despite her Zodiac sign, nationality, or home state, she is very easy going.

She loves the beach, loves to laugh, and loves the idea of love. 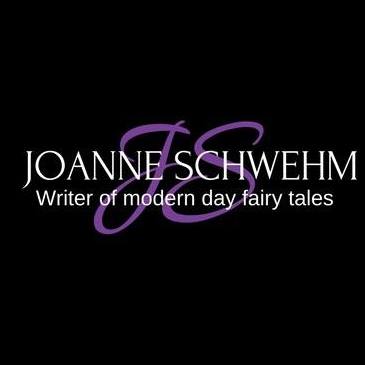 Joanne is a mother and wife and loves spending time with her family. She’s an avid sports watcher and enjoys the occasional round of golf.

Joanne loves to write and read romance. She believes everyone should have romance in their lives and hopes her books bring joy and happiness to readers who enjoy modern day fairy tales and breathless moments.

She is an independent romance author and has written several contemporary romance novels, including The Prescott Series, Ryker, A Heart’s Forgiveness, The Critic and The Chance series.