Temptation and Treachery by Sahara Roberts 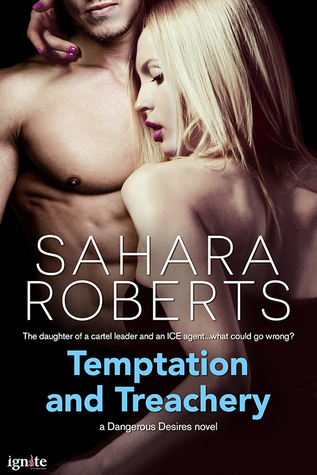 Andres “Rio” Rivera became his ICE profile years ago. Cold and calculating, he never promises anything beyond right now. But when he ends up with a cancelled flight and a shared hotel room with the secretive Celeste Patron, the fire behind Celeste’s buttoned-up exterior melts every barrier. He may only have her for one night, but that’s long enough to make her every fantasy come true.

When Celeste leaves, Rio returns to hunting a notorious cartel leader. His shock upon arresting the man is eclipsed when he discovers the woman he fell for is his daughter…and she’s pregnant with Rio’s baby. 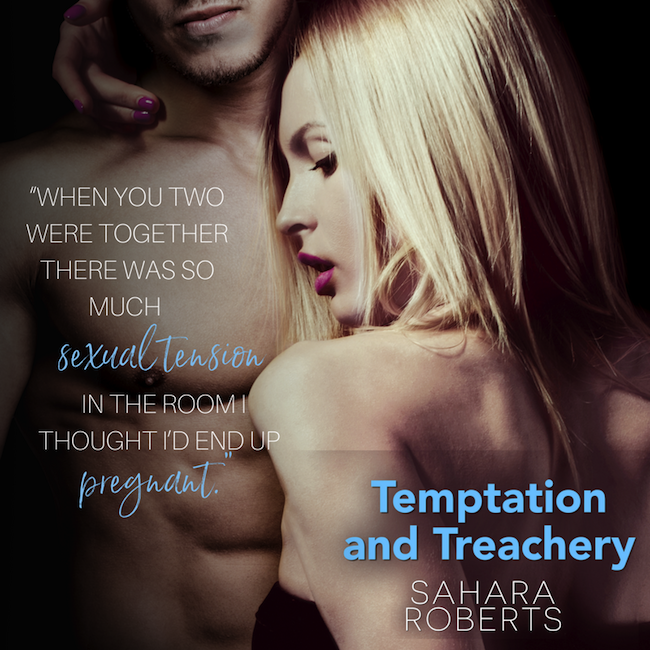 “Come on.” Kari led them back to the infirmary, taking her time with each step. “I’m going to try putting the pieces together myself. Stop me if I’m off track.” They walked away from the edge of the clearing. “I figure you didn’t just meet Rio yesterday.”

“In fact, from the way he was acting, I’d say the last time you saw him was three weeks and two to three days ago.” She held up a finger. “Well, three to four, since that was a day ago.”

It shouldn’t surprise her that Kari had figured things out on her own. Did everyone else know? Did they realize he’d played her for a fool? She closed her eyes, wondering if everyone in the chow hall was laughing at her, even know.

“Oh, come one. When you two were together there was so much sexual tension in the room I thought I’d end up pregnant.”

Oh damn, she’d hoped she’d been wrong about that.

“There’s no reason you can’t pick up where you were back then.”

Celeste’s gaze snapped to Kari. Did she mean sex? If so, no. She shook her head. They wouldn’t be picking up there. She’s been seduced for one reason, and one reason alone. To get the Ayala cartel.

“Rio’s an intense guy, and the way he looks at you…” She looked over and winked. “Well, as long as he doesn’t launch himself off the ceiling fan, you should be good.” 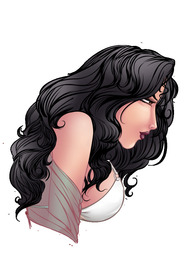 Sahara Roberts caught the writing bug early in life. She enjoys writing Romantic Suspense and Contemporary Romance. Her days are filled with international trade issues (the legal kind) and her evenings writing steamy romance. She is currently working on the fourth novel in the Dangerous Desires series and plotting a contemporary romance series.

When she's not at her usual hangout, Savvy Authors, she enjoys socializing on Facebook, Twitter, Google+, Pinterest and her website, or watching APB, The Blacklist, and The Walking Dead (Following Daryl). Sahara lives in South Texas with her husband and a very spoiled cat. She enjoys cooking, baking, and cake decorating, but she would certainly prefer to have someone else do the dishes.

5 Comments to Temptation and Treachery by Sahara Roberts