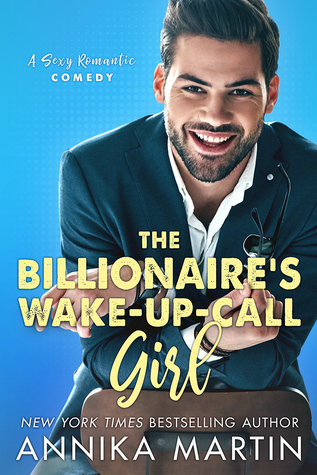 When my manager assigns me the task of finding a new wake up call service for our CEO, I think, how hard can this be?

Answer: practically impossible. It turns out that no wake-up call company in the world will take him on as a client. They’ve all had enough of his surly personality.

So in an effort not to lose my job, I secretly start making the calls myself, every day at 4:30 am sharp. OMG yes you read that right—four freaking thirty in the morning.

Confession: I’m not the nicest wake-up-call girl at that hour. Hello! Who wakes up before the roosters are even crowing? Luckily he doesn’t seem to mind my get-your-ass-out-of-bed attitude.

Day by day we’re becoming closer, and the calls start turning hot, like pay-by-the-minute hot and oh-so-wild. Snuggled under the covers with the moonlight streaming in the windows, we divulge our secrets to each other, but the one thing that he can never find out is that the sexy vixen who wakes him up every morning is just the lowly assistant who wears frumpy dresses. I can only imagine his disappointment.

Now he wants to take me out on a date and he’s scouring Manhattan to find me. He’s an overachieving billionaire bent on a mission. How much longer can I keep up this charade? Lizzie hasn’t even met Mr. Drummond yet, but she can already tell you all about him:

I’ve never met the notorious Mr. Drummond, but evidence of his assholery is all around.

The employees here are fearful, as though they’re expecting to be fired at any moment, or maybe beheaded. The environment is sleek gray marble and steel, like an elegant and slightly futuristic prison. No outside decorations are allowed, not even in the deepest recesses of your cubicle.

Even the outside of the building is unforgiving—a mod gray concrete bunker with rectangular windows arranged in straight rows. A study in harsh geometry.

Mr. Drummond doesn’t like decorations, my manager Sasha told me once. Vossameer is about lifesaving solutions, not party streamers.

I’d brought a giant tub of home-baked frosted cookies to share my second day, and people nearly fell out of their chairs. It turns out we can’t bring treats to share. Ever.

This is a workplace, not a potluck, Sasha said.

I’ve gotten good at sensing the jerky DNA of Mr. Drummond’s statements, and I’m pretty sure that was one of them. Same with the party streamers comment. It’s something about the sheer jerkiness of it, and also, how Sasha changes her voice to sound breathless and intense.

Everyone here is obsessed with Mr. Drummond. They seem to regard him the way the ancients regarded the gods that controlled the weather and plagues. Angry and vengeful, yet glorious. Never to be spoken ill of.

Also, nobody talks about Mr. Drummond without using the word “amazing” at least once. Maybe that’s in the employee manual somewhere.

“Mr. Drummond is not the most sociable person in the world,” Sasha breathlessly informed me the day I started. “He has extremely high standards—for himself and for his employees—but his amazing breakthroughs save lives every day. The work we do to support him makes that possible.” And then she’d looked me deeply in the eyes and said, This is the most important job you’ll ever have.

I’d just nodded while making a mental note to stay away from any brightly colored liquid.

I have a new author I will be stalking and her name is Annika Martin!!!!

Gurllll where have you been in my life?? lol Gahh why am I just finding out about you?? The Billionaire's Wake-up-call Girl was such a fun loving, lots of cat and mouse chasen', full of sexual tension, laugh my ass off and such a Hawt as shit book!!!! I had sooo much fun reading it, in fact I can't get the silly grin off my face and I finished late last night..haha

Lizzie had to find a job quick. Her no good for nothing, low life POS ex-boyfriend took off with all her money and made her dream business go down the drain in the process. Anddd, ohhh to boot, his actions has made loan sharks come after her!!! Lizzie had to make some money real quick and working for Vossameer Inc, she may have just found a way to keep the loan sharks off her back. Sooo if she can do a great job with Vossameer Inc. she will get one Hell of a bonus that she can use to pay back these assholes!!!

Lizzie begins her job sprucing up Social Media for Vossameer Inc. This was her assignment and she was going to knock it out of the park so she could get this bonus!! The only thing is, she has heard that the CEO Theo Drummond was an asshole, reclusive genius, gruff misanthrope and a very surly asshole. But she just has to make this work. Then her manager gives her the task of finding a new wake up call service for the not so wonderful CEO. Ohhh she finds out real quick how this is going to be a very hard task to accomplish. Apparently he has already burned all those "wake up" call bridges so she decides she can do this on her own. With a little help/prodding from her very funny BFF. Lizzie already knows how much of a jerk Theo is, so she just goes with the flow and starts waking him up everyday and praying to God that he never figures out who she really is.

Ohhh Hell yessss… I gave The Billionaire’s Wake-up-call Girl 5 iScream "very delicious" Cones!!! Y'all make sure you go one click on release day and find out if she gets the sign on bonus to get these loan sharks off her ass or if she gets caught and now has the CEO asshole on her ass and looses her job??

Eeepp...I can not wait to pick up more books by Annika Martin and get lost in all her words...She just sucks you in like you are watching a freaking movie and you do not want to turn it off!!! 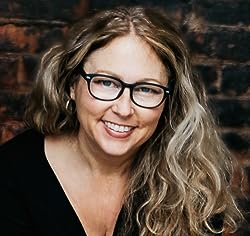 Annika Martin loves fun, dirty stories, hot heroes, and wild, dramatic everything. She enjoys hanging out in Minneapolis coffee shops with her writer husband, and also likes birdwatching at her bird feeder alongside her two stunningly photogenic cats, especially when she should be writing. She’s heavy into running, music, saving the planet, taking long baths, and consuming chocolate suckers. She’s worked a surprisingly large number of waitressing jobs, and has also worked in a plastics factory and the advertising trenches; her garden is total bee-friendly madness and her most unfavorite word is nosh or possibly fob. A NYT bestselling author, she has also written as RITA award-winning author Carolyn Crane.