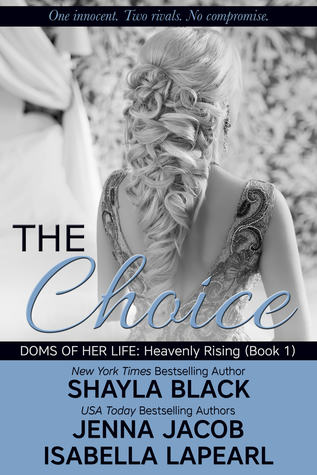 Heavenly Young doesn’t have time for romance. The innocent nursing student is struggling to care for her ailing father, keep a roof over their head, and start a new career. But fate decides to complicate her world even more by putting two very different men in her path and forcing her to make a choice that will change her life forever.

Dr. Ken Beckman—vascular surgeon by day, super-alpha by night—has three hard-and-fast rules: Never date where he works, never touch vanillas, and never get tangled up with a virgin. But the moment he meets Heavenly, he aches to toss his scruples aside and claim the untouched beauty. She’s not ready for someone like him…but he wants her too much to walk away—even though he’s not the only man caught in her spell.

Seth Cooper, ex-cop turned private eye, isn’t looking for a happily ever after, just a hot-and-sweaty good time. And the minute he claps eyes on Heavenly, he’s all for coaxing the angel into his bed. But soon, she’s so deep under his skin that he’s willing to put his broken past behind him and turn his life upside down for her. But he’s got competition…

When it came to helping friends, Beck and Seth were in sync. But now they’re vying for the same girl, and the games get vicious—until they realize Heavenly is keeping secrets from them both. Will they call a truce and work together again before they both lose her for good? 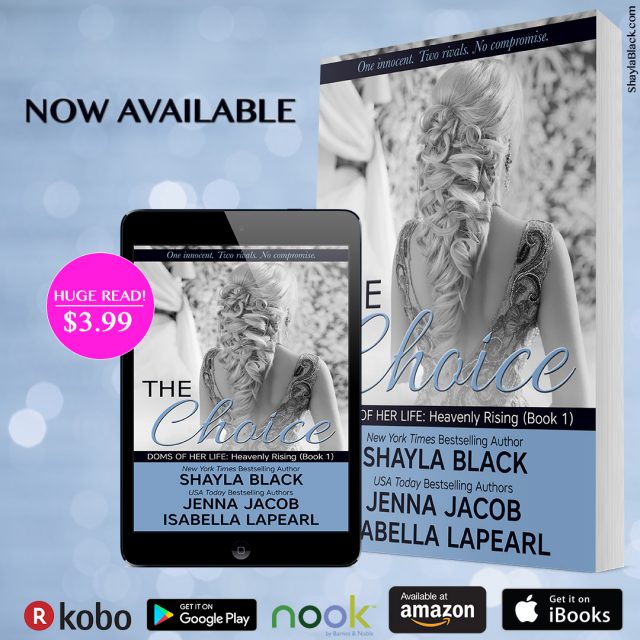 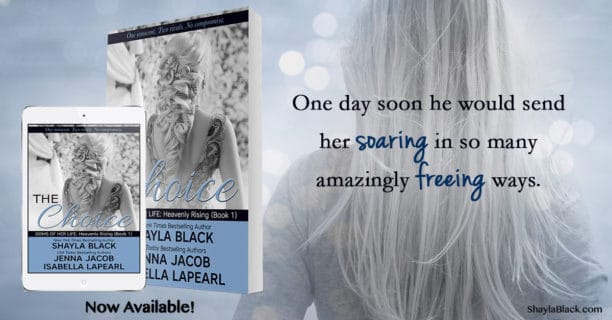 Raine's big brother shoved a glass of thick red vino in her hand. "So, did you find someone to fuck your brains out?"
She recoiled. If she gave him an equally blunt answer, would he stop this mortifying inquisition?
"Yes. It was easy." Heavenly punctuated her lie with a bright smile.
River glowered. "Tell me Beck or Seth finally manned up."
"He's someone you don't know."
One of River's dark brows shot up. "Where did you meet him?"
"Um…around."
"What does that mean? A park? A bar? A grocery store? A swingers' club?"
"Why does it matter? I found someone and it was lovely."
He looked skeptical. "Lovely? That's how you describe meeting a stranger, losing your clothes, and banging him?"
Heavenly bristled. "How would you describe a hookup?"
"Hot, sweaty, messy. Mind-blowing. Spine-melting. Earth-shattering." River snorted. "Never lovely."
"Sweaty?" She shuddered. "That sounds unpleasant. It was nice. I…tingled."
"Tingled?" He scowled. "Did your pussy fall asleep because he couldn't find your clit? Maybe you should have given him a map."
She nearly choked on her wine. "I found the experience perfectly satisfying."
"Sweetheart, you don't know squat about satisfaction." Raine's brother leaned in and peered at her, eye to eye. "Here's what I think happened: You haven't so much as flirted with another man. You don't understand why 'lovely' sex is bad because you've never had it. In fact, not only did you not have sex with this mysterious 'stud,' you haven't offered the virginity you asked me to take to anyone else."
"What. The fuck. Did you say?" Beck growled suddenly.
Heavenly glanced over her shoulder. Both Beck and Seth glared from across the kitchen. Oh, no.
"Get out," Seth snapped at River, hauling ass across the room. "Now. While you can still walk."
Dread burned her veins. She didn't have to wonder how much they'd overheard. Obviously, it had been more than enough. Tonight had just gone from mortifying to catastrophic.
River backed away, hands raised. "Hey, just so you know, I turned her down because I like my balls where they are."
"That's the only reason you're getting to keep them," Beck insisted. "Seth told you to get the fuck out."
"I'm leaving," River assured, then glanced her way. "Good luck."
Once he'd gone, silence descended. She was alone with the two men who had been tempting, confusing, and consuming her for months. They were going to demand answers.
This wouldn't end well.
Heavenly drew in a shaky breath, startled to find both now inches away, arms crossed over their chests. Aggression rolled off them, filling the tense air. Beck drilled holes through her with narrowed eyes, set off by a scathing slash of his mouth. Seth's seething stare was no less displeased. Unfortunately, she had nothing to offer the savage beasts except a smile full of trembling bravado.
Because the truth would change everything. 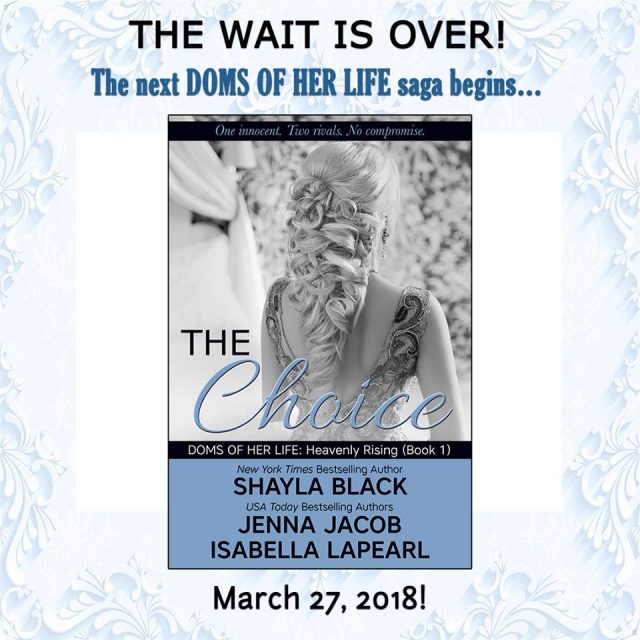 "Life had beaten her bloody for years."

Wow! Honestly, if I hadn't seen the cover I wouldn't have believed that this book was written by three different authors, it's totally seamless, flowing so smoothly that you get lost in the story immediately.

The story begins near the end, throwing me right in the middle of a dramatic scene that had my jaw dropping and my eyebrows raising. And then the authors took me back in time to fill in the blanks and flesh out the characters. I admit that it really ramped up my excitement to have a taste of what was to come and I anxiously anticipated getting there again so I could see what happened next. But I'm glad that it was a long journey. The buildup was delicious and the sexual tension intense as the characters fought to control their frustration and their lust.

The story is told in multiple POV and being inside each of their heads as they fantasized about each other had me needing a cold shower. I fell for both Beck & Seth myself so I could totally understand Heavenly's reluctance to make a 'choice' that would result in losing either of them. But how long would she be able to keep them waiting before she risks losing them both? Juggling her overwhelming responsibilities and keeping her secrets is exhausting. How much longer will she be able to keep the balls in the air before they all come crashing down?

It wasn't until I finished reading The Choice that I learned about another series, Doms of Her Life: Raine Falling that is about some of the characters I met in this story. I found them really intriguing and plan to go back and read it later. I really enjoyed taking this eye-opening journey with such diverse characters. Seeing things through their eyes was interesting, especially during those times when I knew they had it wrong and I was unable to set them straight. I had to just bite my lip and watch the events play out as they were meant to, trusting that eventually, all the pieces would fall into place. And by the way, the pieces are still lining up because this isn't the end of the story, it's only part one. And trust me, you aren't being short-changed, this book is very long. I can't wait to spend more time with these amazing characters and look forward to the next installment. The line forms here...

Raised an only child, Shayla occupied herself with lots of daydreaming, much to the chagrin of her teachers. In college, she found her love for reading and realized that she could have a career publishing the stories spinning in her imagination. Though she graduated with a degree in Marketing/Advertising and embarked on a stint in corporate America to pay the bills, her heart has always been with her characters. She’s thrilled that she’s been living her dream as a full-time author for the past eight years.

Shayla currently lives in North Texas with her wonderfully supportive husband, her daughter, and two spoiled tabbies. In her “free” time, she enjoys reality TV, reading, and listening to an eclectic blend of music. 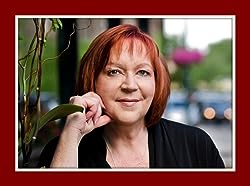 USA Today Bestselling author Jenna Jacob paints a canvas of passion, romance, and humor as her alpha men and the feisty women who love them unravel their souls, heal their scars, and find a happy-ever-after kind of love. Heart-tugging, captivating, and steamy, Jenna’s books will surely leave you breathless and craving more.

A mom of four grown children, Jenna and her alpha-hunk husband live in Kansas. She loves reading, getting away from the city on the back of a Harley, music, camping, and cooking.

Meet her wild and wicked fictional family in Jenna’s sultry series: The Doms of Genesis. Become spellbound by searing triple love connections in her continuing saga: The Doms of Her Life (co-written with the amazing Shayla Black and Isabella LaPearl). Journey with couples struggling to resolve their pasts and heal their scars to discover unbridled love and devotion in her contemporary series: Passionate Hearts. Or laugh along as Jenna lets her zany sense of humor and lack of filter run free in the romantic comedy series: Hotties of Haven. 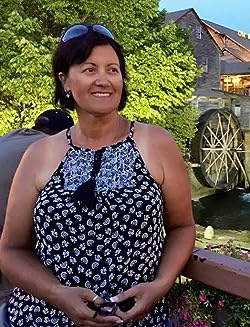 To say it's been an extraordinary journey thus far would be an understatement... what a rush! What a thrill to realize dreams and see them go from a seed to fruition. So for all you aspiring Authors, who like me, have a fire inside that burns brightly and demands to be sated by writing... Never give up.