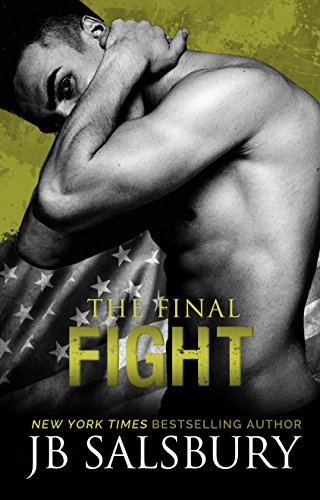 On a weekend visit to Las Vegas to visit his brother, Marine Braeden Daniels meets a woman who challenges him in ways he can’t deny. The best part is she wants what he wants.

No strings. No feelings. Just fun.

AJ is a Las Vegas performer who is finally living her dream. Growing up poor, she’s determined to succeed at any cost. No one will stand in her way—not even a hot Marine who breezes into her life all confidence and a cocky smile.

A few stolen weekends and neither can deny the feelings quickly growing between them. But the obstacles that keep them apart become more devastating when the Marine Corps calls Braeden away for a six-month deployment.

What could possibly happen?

"I want to bathe in her moans and cleanse my soul with her laughter."

I'm a big fan of this author's work. She never fails to touch my emotions and leave me with a smile at the end of each amazing story. The Final Fight, AJ & Braeden's story, is no different. She put me through the wringer, as she always does, but I wouldn't change a thing. It's all part of the journey, or in this case, the fight.

AJ is new to Las Vegas. It's always been her dream to live there. In her mind, it was the ultimate place of opportunity to make something of herself. Having grown up just barely getting by, she wanted more for herself. She wanted to wear designer clothes and send money home to her family. What's wrong with wanting things, as long as it wasn't hurting anyone? She's not greedy or shallow, she just has a plan for her life and she's willing to work to achieve it. She just needs a break. What she doesn't need is a relationship to take her focus off of her goals. But one night with a sexy Marine couldn't hurt, right? He's career military. He's just passing through. Why not check out those rippling muscles up close, and as many times as possible before he deploys?

Braedon is just in Vegas for a few days visiting his brother. He runs into AJ at the hotel he's staying at. She tempts and intrigues him and he just can't pass up a chance to get to know her up close and personal. He's honest with her. She knows it's just fun-for-now because he'll be leaving to return to his unit. But he never expected it to be so hard to let her go when the time came.

All I can tell you is that this amazing story just needs to be experienced. I won't short-change you by giving away the good stuff. It's a heartbreaking, emotional, suspenseful, beautiful story that would make an awesome movie. I encourage you to check it out for yourself. You won't be disappointed. I look forward to whatever the author has for us next. The line forms here... 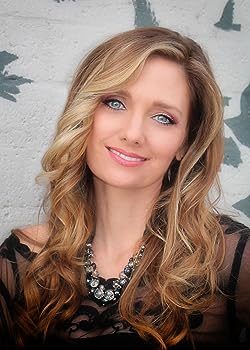 New York Times bestselling author JB Salsbury spends her days lost in a world of budding romance and impossible obstacles. Her love of good storytelling led her to earn a degree in Media Communications. Since 2013 she has published six bestselling novels in The Fighting Series and won a RONE Award. JB Salsbury lives with her husband and two kids in Phoenix, Arizona.