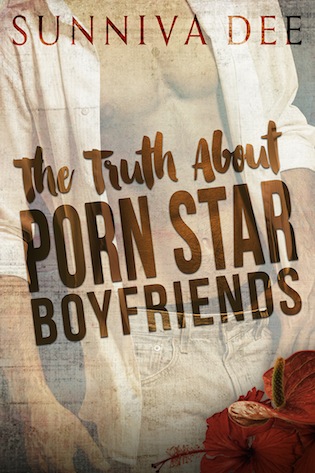 I guess I just forgot.
To ask him what he did for a living, I mean.
And by the time I did, I was in—balls deep, as he’d call it.
He was the perfect boyfriend.
Attentive, gorgeous, guessing my every wish and fulfilling them.
The sex was earth-shattering.
He even dealt with my crazy mom the way no one else could.
He popped the question, God, such a perfect guy.
There was just one issue:
He f*cked other girls on camera for a living.
How the hell do you deal with that?

I slept over at his house. I did. I just couldn’t go home after everything he told me. I didn’t accept the invite to come with him on the boat today though. I didn’t ask him if he was going without me either. If he is, wouldn’t he be inviting some “friends,” some Alicias or Silks? I don’t want to know.

It’s not difficult to get my shifts back at Mintrer’s. With Il Signore’s nonna at the hospital, the family spends as much time at her bedside as they can.

I need to verify in person even though Paul is next door, hopefully keeping her busy with his garden statues and homemade fountains. He likes my quirky mother because he’s quirky himself. That’s my guess anyway. I don’t think I can handle any new rocks hurled at Status Quo at the moment, especially not from Mom.

The boat is ready.

“Yeah, it’s Drake Constantine.” I pull out the syllables mocking him even though each sound opens my chest again.

“Well, at least he’s got a nice artist name. He’s no Jake daBoner or Cassius Erectus.”

“Drake Constantine boned me in the ass last night,” she quotes as if from Shakespeare. She gazes beyond the bagel she now holds up like a skull.
I chuckle a little bit, and Frieda smiles. Smiles so wide it makes me feel guilty over everything I’ve put her through. I know she suffers with me. She didn’t sleep last night knowing I was with Ciro.

“He tells me he’s got the boat ready.”

“For that Catalina trip?”

“You’re not doing that too, are you?” She drops the halves of the bagel into the toaster.

“Not the everything,” I say. “Can I have the sesame seed one instead?”

She presses her mouth together in a stern line but listens and fishes the everything one out and drops the sesame bagel in instead. “Happy now?”

“No.” I want to slap my heart and my body for agreeing that we should say yes. “I already told you. I’m visiting Mom this morning, and then I’m working. If I get to do some overtime this weekend, I’m happy. I need the money, and I really don’t want to mope around the house.”

I’ll wait for you if you’re asleep.

I hit “send” before I can finish the “We’re over, remember?” part. It was easier to yell it to him when I was furious. Today, I don’t know how I feel.

Why can’t you? He doesn’t ask about the We part? He knows.

“He’s so stubborn,” I murmur and type again.

Because, when are you seeing someone else for a f*** fest?

He deserves that I’m being crude. Hell, he’s being crude every hour of every work day.

He takes a moment to reply. Long enough for Frieda to scoot a plate and the tub of cream cheese in front of me. “Stop texting with him. You’re only dragging it out. You know that, right? I thought you’d blocked him.”

“He has a work phone too. On-freaking-call cell. Ha!”

"From zero to everything."

Savannah has three jobs and four roommates. She's not a starving artist or an actress waiting for her big break. She's just a girl living life, paying bills, and enjoying her friends. However; she does see lots of wannabees at the restaurant where she works. When the breathtaking, jaw dropping, sexy man walks in while she's on duty, she of course assumes he's an actor. When she accidentally hears his conversation, she pats herself on the back believing she's right. She wasn't. At least not in the way she believed. In a round about way I guess a porn star is an actor, right?

If she doesn't come right out and ask him what he does for a living, is it a lie if he doesn't tell her? If he just lets her believe what she wants to? The longer he doesn't share the details of his job, the more uneasy Savannah becomes. Maybe she has an inkling, but she's too afraid to burst the bubble and risk losing the perfect man. Deep down she figures he's too good to be true. There's got to be a catch, right?

Well, I read the damn synopsis. So I knew before I even started the first chapter what was going on. The story is told only from her POV, so it was driving me crazy to be inside her head and know what I know, while knowing she didn't know. Every single page I kept waiting for the big reveal. I fell for him right along with her. I kept anticipating her reaction when she found out. I kept asking myself how I would handle that situation if it happened to me. It's so easy to say that you wouldn't tolerate certain things, but much harder to deal with if it actually happens to you. Especially if your feelings are already involved by the time you find out.

And then, they progressed to the bedroom phase of their relationship. I again asked myself how I would handle that situation if it happened to me. I'll let you know after I read it a few more times. (wink-wink)

Between studies, teaching, and advising, Sunniva has spent her entire adult life in a college environment. Most of her novels are new adult romance geared toward smart, passionate readers with a love for eclectic language and engaging their brain as well as their heart while reading.

Born in the Land of the Midnight Sun, the author spent her early twenties making the world her playground. Southern Europe: Spain, Italy, Greece--Argentina: Buenos Aires, in particular. The United States finally kept her interest, and after half a decade in Los Angeles, she now lounges in the beautiful city of Savannah.

This author is the happiest when her characters let their emotions run off with them, shaping her stories in ways she never foresaw. She loves bad-boys and good-boys run amok, and like in real life, her goal is to keep the reader on her toes until the end of each story.