This Baby Business (Heroes of Fortune Valley) by Heatherly Bell 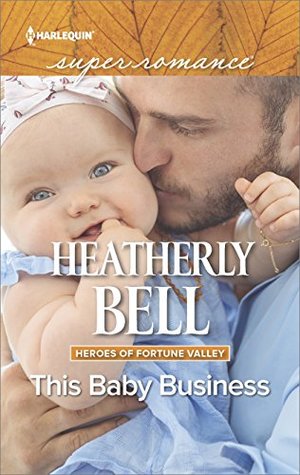 Air force pilot Levi Lambert has seen plenty of danger—but his infant daughter might be the death of him. Fortunately, Levi’s found the answer to his sleep-deprived prayers: his next-door neighbor! Carly Gilmore is willing to be his nanny…until a small white lie turns their arrangement from business to very personal. The fake engagement was intended to keep Levi from losing custody of his baby girl, but is causing all sorts of new problems. Not only does Carly attract trouble like bees to honey, but there’s the little matter of Levi’s smokin’-hot attraction to her. The last thing he needs is to fall in love…

How exactly did he manage to look like sex on a stick at the end of a long day? He had this whole badass look going on, late-afternoon scruffiness over his jawline, making her want to rub against him like a cat.

Bad, bad Carly. “I wanted to talk to you about something anyway.”

“Oh, yeah. I haven’t had a whole lot of luck finding another sitter. I’ll make a few calls tonight.” He followed her into the family room.

“You don’t even know what it is yet.”

He gave her an easy smile. “Doesn’t matter.”

“Be careful, Levi Lambert. You never know what I might ask.”

“Bring it on.” His eyes filled with obvious male appreciation.

She was reminded of her bare legs. The look he slid her was so full of heat that she thought her panties might spontaneously burst into flames. Focus, Carly, focus.

“I want to put photos of Grace on my website. I took some cute ones today.” She took her phone out and showed them to him. Shots of Grace staring with delight at a tree as if she’d just discovered them. Smiling as she watched a child playing ball, staring wide-eyed at a woman walking her poodle down the street.

“You took her to the park. She loves it there.” Levi didn’t take the phone from her, but instead held her wrist and brought the phone up closer.

Her stupid wrist tingled as if it thought it might be about to have a good time. She cleared her throat. “I know. Just look at this one. I think she noticed a cloud for the first time.”

He grinned, still holding her wrist. “Nah, she saw one last week.”

“Right. So…is it okay if I put her photos up? She’s an adorable baby.”

“Don’t worry. I’ll never share her real name with my readers. And no one has any idea that the company is based in Fortune. My mother took great precautions to protect our privacy.”

“I trust you.” His big, rough hand slid from her wrist to her elbow, and the tingle traveled.

“Thank you.” She stared at his lips, willing him to kiss her. “The trust is…important.”

That talented hand now settled on her waist and pulled her closer. And somehow her hands were squeezing his biceps and she went up on the balls of her feet to get closer still. He kissed her long and deep, his hot, wet tongue insistent. It got wild and crazy as her hands fisted his shirt and his hands palmed her ass.

“Levi.” She broke off from the kiss, breathless. “We probably shouldn’t do this. It’s not…a good idea.”

He pressed his forehead to hers. “You’re right.”

Great. He agreed with her. “It’s stupid.”

“Yeah.” He tugged her in tighter and kissed her again. And again.

She threaded her fingers through his hair and moaned into his mouth.

And they continued to be crazy stupid for the next hour. 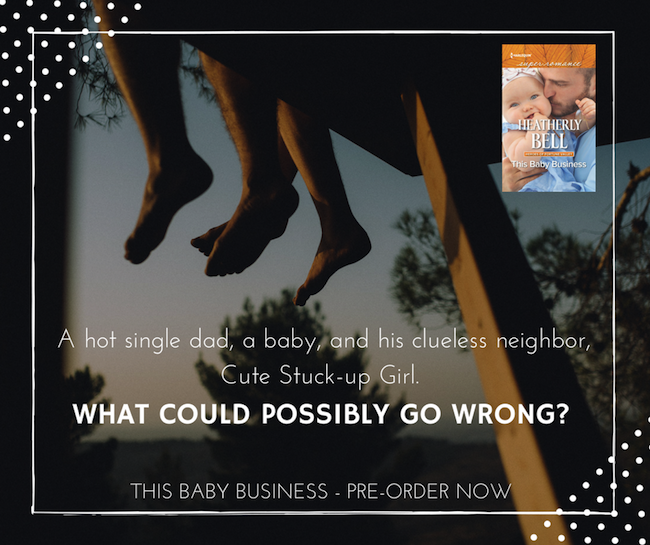 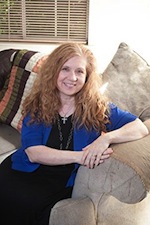