A powerful contemporary romance set in the fast-moving world of international rugby.

When your world crashes down When they all say you’re out
When your body is broken
I will rise.
I will return.
And I will be undefeated.

Nick Renshaw is the golden boy of British rugby. When a serious injury threatens his career, he starts to spiral downwards, a broken man.
Feeling abandoned and betrayed by those closest to him, he fights to restart his life. Maybe there’s someone out there who can help him. Maybe he can find his way back toward the light. Maybe … not.
Dr. Anna Scott might be the one person who can help Nick, but she has her own secrets. And when Nick’s past comes back to haunt them both, the enigmatic doctor is more vulnerable than she seems.
Broken and betrayed, the struggle to survive seems intolerable. Who will give in, and who will rise, undefeated?

From the dusty plains of Afghanistan to the sleek corridors of the New York Times, journalist MJ Buckman seeks the truth, the whole truth, and nothing but the truth. What she doesn’t expect to find is a man who’s her complete opposite … and fits her perfectly.

Marine Sergeant Jackson Connor knows that relationships don’t work for men in the military. He’s living proof of that. But when a steely-eyed temptress in a flak jacket, who carries her moral cause in front of her, crosses his path, he’s furious, curious, and all kinds of in-lust.

* * *
A grown-up love story about two people who aren’t looking for love, but realize how precious it is when they find it. They don’t play games and there are no stupid misunderstandings, just life standing in their way.

Can they compromise? And what does that look like in a modern relationship between two driven people?

They’re always traveling in different directions. What relationship can survive that?

It’s been noticed,” she began carefully, “that you’re not engaging with the team or … or with me during my teaching sessions.”

His lips pressed together and his scowl deepened.

“Look, I know this is all kinds of awkward,” she sighed, “but your behaviour is already giving Sim concerns. It’s making him wonder about your commitment to the team.”

Nick exploded, his anger filling the space as he leapt to his feet and began to pace up and down, hands scrubbing over his face roughly.

“He’s questioning my commitment?! I train harder than anyone! I train on my off-days,” he spat furiously, his voice tight with emotion.

“I’m out there, slogging my fucking guts out harder and longer than anyone else during practices!”

“NICK!” Anna slapped her hand down on the massage table. “Will you listen to me!”

His jaw snapped shut and his stormy eyes narrowed on hers.

“Sim didn’t see that commitment during my sessions.”

“And we both know why that is,” he sneered. “You don’t want any commitment from me.”

Anna’s eyebrows shot up and Nick looked as though he was already regretting his words. He took a deep breath and looked away while Anna chose her next words carefully.

“You assured me that you could be professional and…”

“Yeah, well excuse me if seeing you again is fucking with my head! Not everyone can be as cold and calculating as you!”

She knew she deserved his anger, but her own frustration was rising to meet his. The volcanic pressure inside started to build, searching for an exit, searching for weakness.

“I cannot have any sort of relationship with a client!” she hissed, her body rigid. “You know that!”

“Didn’t stop you before,” he taunted.

“You weren’t a client then,” she choked. “But you’re right—I should have stopped. Oh boy, am I regretting it now!”

And she tossed her clipboard onto the table, pointing a finger in his face.

“Are you trying to ruin this for me? Is that what this is? Your ego can’t bear it, so you’re going to make sure I lose this contract? Or maybe ruining my reputation forever will settle the score. You tell me, Nick! What do you want from me?”

She was breathing rapidly, and two points of colour marked her cheeks in an otherwise chalky complexion.

He spun around, prowling toward her, his jaw clenched, his hands balled into fists.

“What do I want? I want to fuck you so hard you’ll never forget it’s my cock that’s been inside you. I want you screaming my name. I want you to say it wasn’t a mistake. I want to make you come so hard you pass out. That’s what I want, Anna, and it’s fucking killing me to not even touch you!” 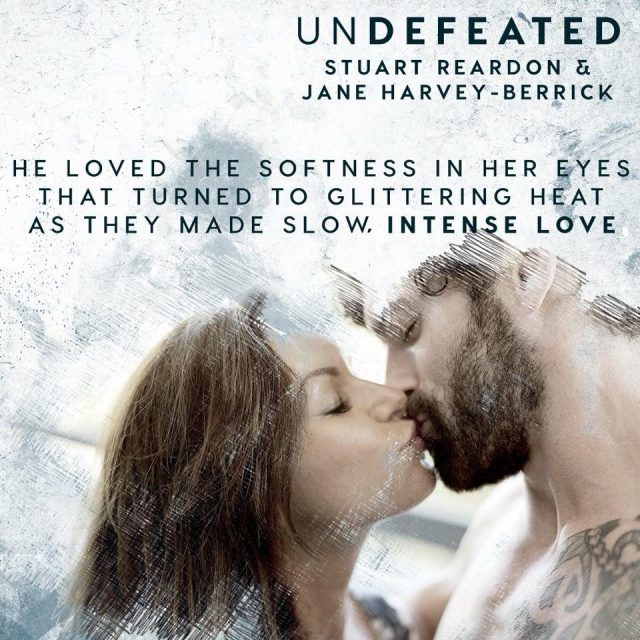 "Giving up only accomplishes one thing: failure."

I admit that it was the collaboration of the co-authors that intrigued me the most about this story. I have zero knowledge about rugby, but I've enjoyed Jane Harvey-Berrick books in the past, so I knew she had the talent to make this work. And yes, I knew who Stuart Reardon was too. I've seen him on many book covers, including this one. The fact that he is actually a pro rugby player made me even more curious knowing that it would be his POV behind the game details.

When I first met Nick, he was on the rise in his professional rugby career. He'd just been signed to the next level and was finishing out his time with his current team. He was at the top of his game, full of confidence and passion for the sport. He'd been playing for years so he'd had many injuries over the years and the scars to prove it. They all did. As I learned while reading this story, rugby is an intensely physical sport and the players don't wear pads like American football players do. They just wear mouth guards and the rest of their body is at risk for injury. And when weather conditions are bad, the rain and mud make it even worse when they can't get speed or traction. My heart was in my throat as I experienced that game, the one that changed his life, through Nick's eyes. Having read the synopsis, I knew what was coming. I knew he was gonna get injured. So, it made me scared to turn the page as I anticipated the inevitable disaster, not wanting it to happen, but knowing that it would. I was devastated right along with him, worried that he might not make it back to the game that he loved.

Dr. Anna Scott has been through hell herself so she understands much of what Nick is experiencing. She might not always practice what she preaches, but she believes in it. She tries to help Nick by giving him the tools he needs to help himself. She knows that it's important that he believes in himself and his ability to recover and reclaim his place on the team. If he has doubts, then how can his coach and his team depend on him?

As they each struggle with their own demons they also struggle with their attraction to each other. A relationship between them is forbidden. There is no fraternization allowed between doctor and patient. They both have careers they have worked hard for and it's better to deny their feelings than to risk them, right? So, they form a friendship and Anna is supportive and encouraging as he fights his way back after rehab.

I really enjoyed learning about rugby and the author's passion for the sport bleeds through the pages. I felt like I was right there, in the locker room, and on the field. Being an American, some of the words were unfamiliar, but it didn't detract from the story. And can I just say, I really loved the support characters, Belinda and Brendan? I'm excited to report that there are already plans for more collaboration between these talented authors. I can't wait to see what they have for us next. The line forms here... 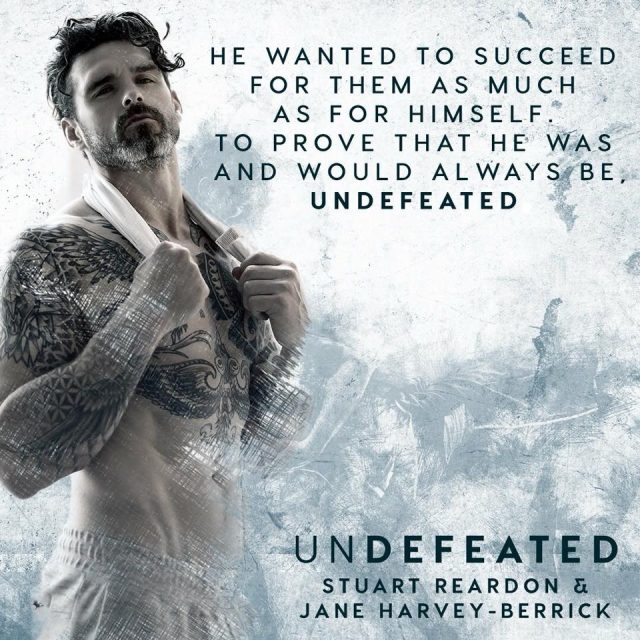 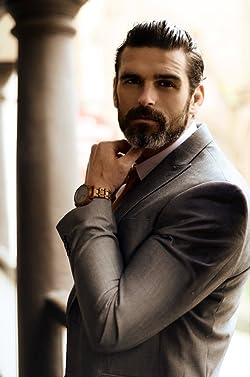 Stuart is a retired England International Rugby League player who’s career spanned 16 years as a professional playing for several top League clubs.  He has had several major injuries that nearly ended his career just as in Undefeated, the amazing collaboration with Jane.
Currently he is a Personal trainer living in Cheshire, and has an online fitness program: Fear Nothing Fitness.

I enjoy watching surfers at my local beach, and weaving stories of romance in the modern world, with all its trials and tribulations.
It’s been the best fun working with Stu on this story. And yes, he did think about joining the Marines once.