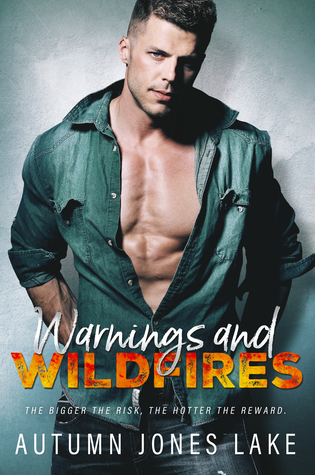 A steamy standalone romance featuring a swoon-worthy single dad and the one woman he absolutely shouldn't fall in love with.

It's a hot summer morning and I'm already running late.
I'm no one's white knight, but when I see damsel in distress, I have to rescue her.
I didn't know it would be Aubrey Dorado, the girl I swore was off-limits.
Now she's under my skin and I can't get her out of my head.
So, I did the worst thing possible and hired her to work in my gym.
Lusting after my new employee breaks my number one rule.
But each day she tempts me with her sweet personality, curvy body, and clever mind.
I've been burned by love before. Romance is a risk I can't afford.
But how much longer can I resist the attraction simmering between us?

Warnings and Wildfires is a standalone contemporary romance from the author of the Lost Kings MC series. 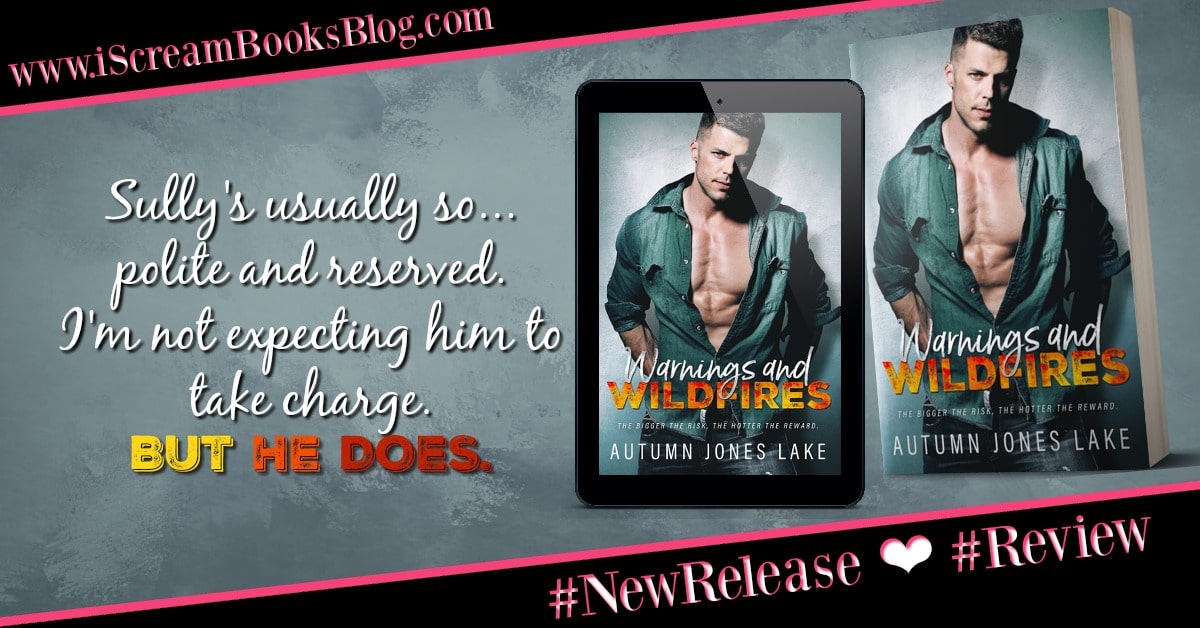 We step out onto the main floor and Sully pounces, gripping my arm and tugging me to the side. Myra, for some reason, tags along. She runs her hand over his shoulder and tilts her head in a sex-kittenish way I haven’t yet mastered. “Sully, Jake said you never come to the fights. How are you?”

He shrugs off her hand but gives her a polite smile. Jealousy flares inside me. Do they have history? He told me he didn’t date because of his daughter. Is Myra an exception to that rule?

I thought I’d buried that obsessive-crushing-teenager part of me a long time ago. Sully makes me crazy. Obviously.

“Great. I’m showing Aubrey around tonight.” For the first time, she seems to notice how close Sully and I are standing and the possessive hold he has on my arm.“Can you give us a minute, Myra?” he asks, although it’s really more of a demand than a question or suggestion.

“Sure.” She glances down at me. “Come find me when you’re done.”

She hesitates for another second or two, then sashays away, putting a lot of extra sway in her hips. The movement is lost on Sully who’s solely focused on me.

“You and fight-night-Barbie seem tight,” I blurt out.

His lips twitch, then his face settles into a much more serious expression. “You know why I’m here.”

His hold on my arm loosens and he takes my hand. Our fingers intertwine, and his thumb softly strokes my skin. “Things seem calm now, but these fights get out of control sometimes. I don’t want you caught up in anything bad.”

I lift my shoulders. “You told me you weren’t interested, so I don’t understand why you’re here.”

“Doesn’t mean I want you to get hurt.”

Ouch. I mean, I’m touched he wants to protect me. I didn’t need the reminder that he’s not interested in anything more.

“Besides,” he continues. “I never said I wasn’t interested. I said I had a lot on my plate.”

He strokes the back of his hand over my cheek. “You deserve someone who can give you their full attention.”

An ear-splitting buzz pierces the room, cutting off our conversation. Griff’s voice comes out of the loudspeaker. “Five minutes, everyone!”

“I better go.” I glance over my shoulder, seeking Myra in the crowd.

“Hey,” he says, tugging on my hand. “I’ll be right here watching out for you.”

“Aren’t you going to cheer for your brother?”

One corner of his mouth lifts. “And cheering for Jake, yeah.”

A ridiculous impulse seizes me, and I lean up, planting a quick kiss on his cheek. Dating issue aside, I’m sure he had better things to do tonight than come watch over me. “Thanks, Sully.”

His hand closes over mine, pulling me closer. For a second, I think he’s going to kiss me again.

“Be careful,” he says before setting me free.

"You're all fitness-y and I'm kinda fluffy."

I'm a huge fan of the author's Lost Kings MC series that I started back in 2014, and I've been stalking her ever since. Yes, it was my MC Romance addiction that put her on my radar, but it was her talent that kept me coming back for more. While Warnings & Wildfires is not about badass bikers, I'm happy to report that a few of my favorites did make an appearance.

I knew from reading the synopsis that Sullivan (aka Sully) would rescue Aubrey and then later hire her to work at his gym. He knew it would be a struggle to keep his thoughts and his hands to himself, but it was even worse than he imagined. Not only was he fighting his own impulses, he now knew that she felt the same way. "We have enough chemistry to blow up a building."

Woo Hoo! Holy Hotness, Batman! The harder they fought their feelings the less control they had over them. I was afraid my Kindle was gonna blow up with them, but it wasn't enough to convince me to let go of it. Nope, the 'slow burn' had me gripping it even tighter. I was whispering in their ears, encouraging them to give in to their lust for each other, fanning the flames.

Both characters have painful pasts and good reason to avoid relationships. They know that working together makes them off-limits to each other. But hey, rules are made to be broken, right? And just to keep us on our toes, the author threw in some secrets and suspense to go along with the warnings and wildfires. I was really, reeeaaally curious about Aubrey's past but all I was getting were glimpses that were doled out throughout the story. Keeping me anxious and worried as I waited for what I hoped wouldn't happen to happen. And at the same time, I waaasss ready for some rulebreaking. I was on standby, ready to take notes.

While the story is a standalone, I'm really hoping for more from this amazing cast of characters. Sully's brother, Jake, is so funny and such a manwhore. I also love Aubrey's sister, Celia. She is badass and I loved it when she would put him in his place. Then there's the sexy neighbor...sigh. Do you see where I'm going with this? That's at least two books right there, unless you put all three of them together, and that's not a bad idea either. The line forms here...

Autumn believes true love stories never end. She’s easily amused, a procrastinator and writes romances with loving alpha heroes who cherish the sassy women they fall in love with. Autumn prefers to write her romances on the classy side of dirty, and she’s a sucker for a filthy-talking, demanding alpha male hero. The bigger the better. She enjoys testing boundaries and breaking rules with her stories. Happy For Now endings make Autumn’s heart pitter-patter.

Her past lives include baking cookies, slinging shoes, and practicing law. Playing with her imaginary friends is her favorite job so far. She’s an active member of her local chapter of Romance Writers of America.

Autumn was born and raised in upstate New York. She still enjoys all four seasons there with her very own alpha hero and their dogs.