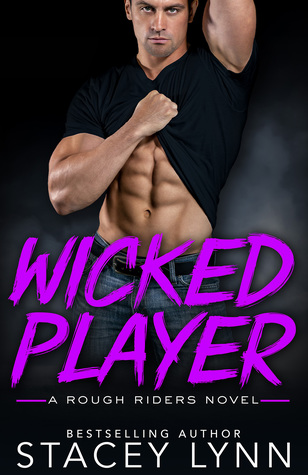 Gage Bryant has the best hands and the quickest feet of any wide receiver in football.

He also has a secret—one he’ll do anything to protect.

He’s a member of The Velvet Club. With airtight non disclosure agreements, playing at Velvet gives him the freedom to assert his dominance and control in a way that not only serves him on the football field, but the way he craves in the bedroom.

What he doesn’t expect is for his most recent partner to be one of the reporters assigned to follow him around in the weeks before he opens a new wing at the local children’s hospital.

When it’s clear Elizabeth Hayes has no idea he’s the man who had her blindfolded and bound beneath him, Gage realizes things just got a lot more interesting.

He can have her body at night, giving her all the pleasure she begs for in a way he needs. And he can keep his heart, as well as his identity, out of their encounters.

After all, the absolute worst thing that could happen would be to have this sexy little reporter reveal how wicked he truly is. 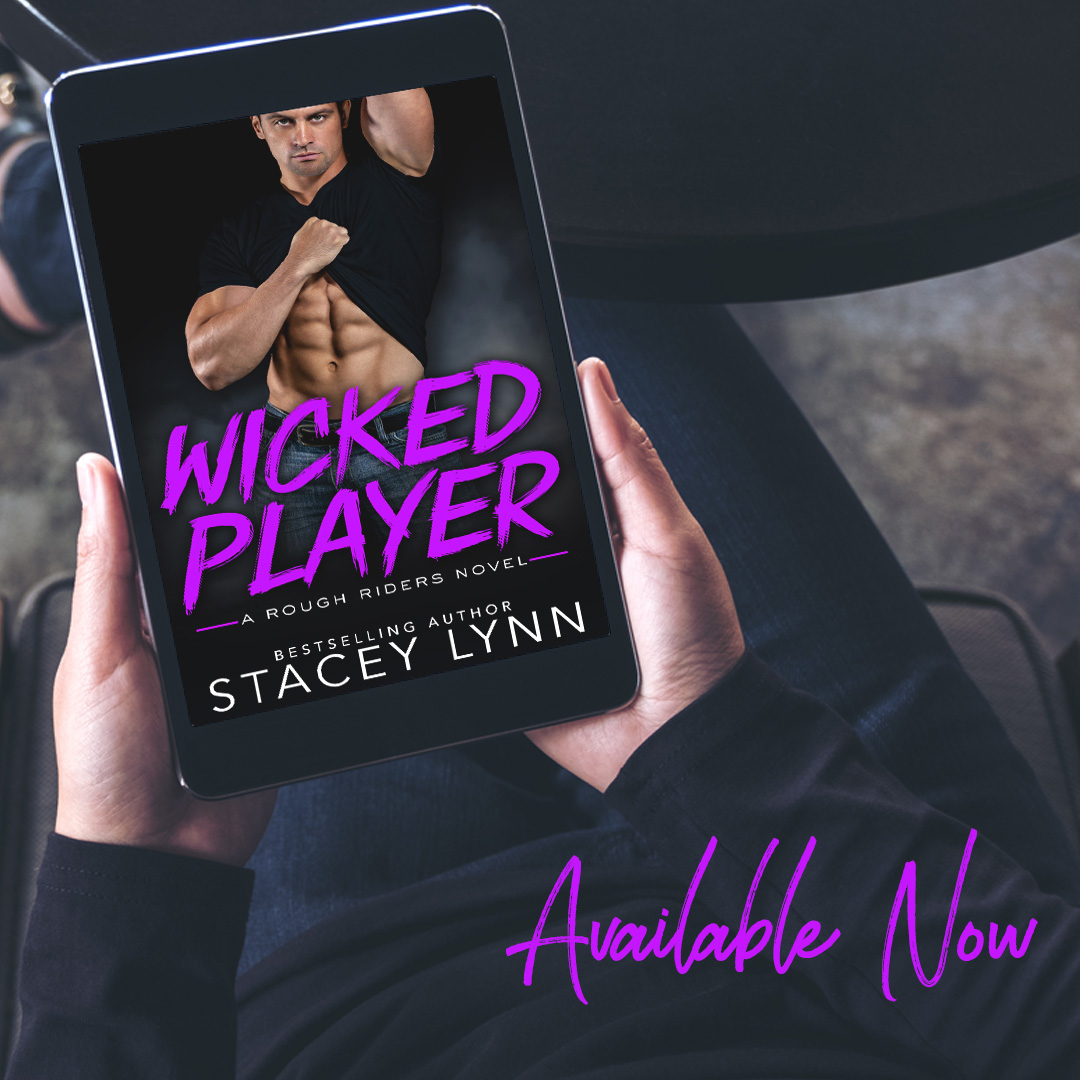 I memorized his stats. Six-four, two hundred fifty pounds. Born in 1986. And then I stumbled on a photo spread he’d done for Men’s Health and my jaw dropped.

Butt freaking naked. A football helmet held in front of him was the only thing covering him. And hot damn. This guy. Chiseled, strong jaw. Straight Roman nose. Piercing eyes.

He was freaking gorgeous. My heart rate kicked into fast gear. My fingertips sizzled. I had to spend weeks following this guy around? The very idea sent a pulse of excitement to the tops of my thighs I tried to shake away.

I couldn’t get a crush on this guy. He was a source. A story. But good grief to the high heavens, he was the most beautiful if stern looking man I’d ever seen in my life.

“Holy shit,” I whispered, forgetting we worked in an open office and even though I was quiet, people could hear me.

“What is it, Elizabeth?” That came from Amanda. “Oh dear. You got the Gage story?”

She was already at my back, peering over my shoulder. “Man as sexy as that shouldn’t be allowed to walk free,” I said.

“I know.” She laughed and bumped my shoulder. “He’s God’s gift to women that’s for sure. And yet from what I’ve heard, he’s never had a girlfriend, at least not one he’s gone public with.”

“Really?” I twisted in my chair and faced her. “Never?”

She shrugged. “Not in the four years he’s been here. And I’d know. Rough Riders are my team. I follow all of ‘em on Twitter and Instagram. He posts a pic and gets over four thousand comments, mostly from women, but to the best of my knowledge, he’s never been seen in public with a woman except his mom.”

Wow. That was…that was crazy. Everything leaked.

“Hmm,” I said, tapping my finger to my lips. “So I would imagine the public would want to know if he was involved, right?”

She laughed lightly. “Yeah, but watch yourself. This is a hospital piece, not a gossip column. You go digging too far and you’ll blow your chance.” 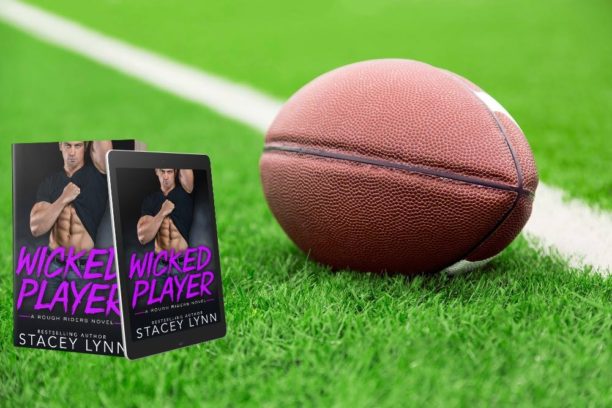 "I knocked on the door twice, signaling I was about to enter and turned the knob. Let the wicked games begin."

I was very intrigued by the synopsis of this story. Sexy football player, kinky secrets, and mystery lovers sounded too delicious to pass up, so I didn't.

The author tells the story in dual POV so it's fun to know what each of the characters is thinking, but not sharing with each other. But it will make you want to whisper secrets in their ear to move things along quicker. I'm not talking about their sexy times, that part was good from the get-go. It's their hidden identities that I was anxious to be revealed. The anticipation was exciting as I imagined how it would eventually play out.

Another thing that kept me on edge was the possibility of Gage's greatest fear actually happening. His privacy means everything to him and the media finding out about his sexual proclivities would be scandalous. Not that it would hurt his career, we all know that single athletes are always in the news. But what would it do to his straight-laced family to learn his secret in such a public way? Better not to ever find out, right? That's why he takes such extreme measures to protect himself.

What I wasn't expecting was to find myself so emotionally invested in the events surrounding the opening of the new wing at the children's hospital. My heartstrings were pulled tight. I know this story is the third in the Rough Riders series, but I read it as a standalone. I had no problem keeping up, but I did meet some amazing support characters that made me interested in reading the previous installments. 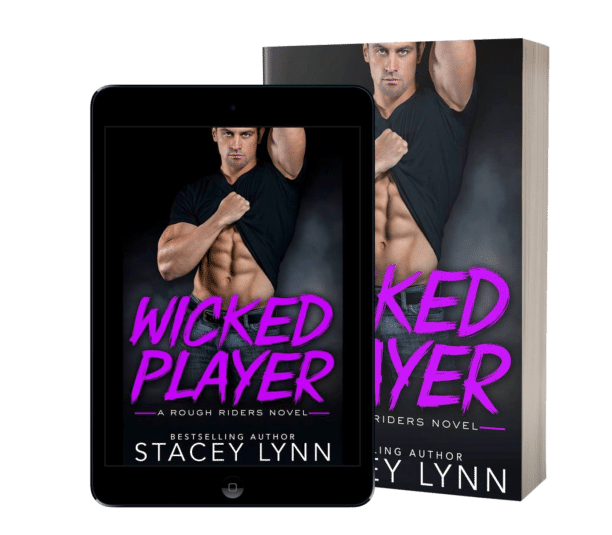 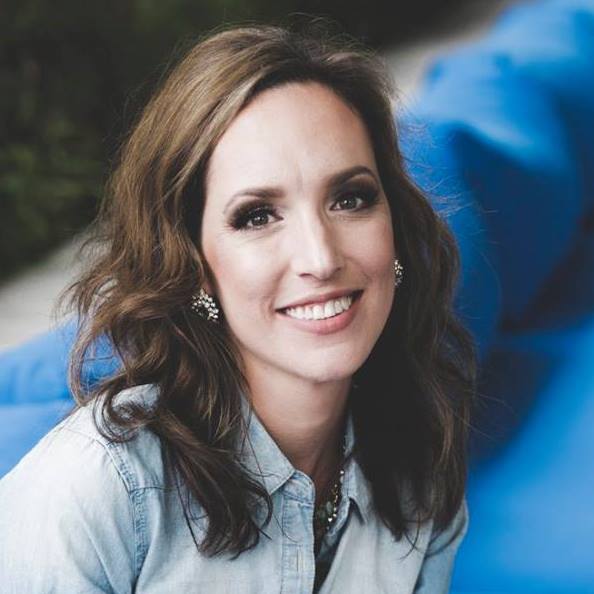 When Stacey Lynn isn’t conquering mountains of laundry and fighting a war against dust bunnies and cracker crumbs, you can find her playing with her children, curled up on the couch with a good book, or behind closed doors, imagining the next adventures she’ll soon write.

She lives off her daily pot of coffee, can only write with a bowlful of Skittles nearby, and has been in love with romance novels since before she could drive herself to the library.

Stacey Lynn lives with her husband and children in North Carolina.

They Had Eyes of Silver by S E Davis
Briana by Carmen Rosales
Offside with #55 by Piper Rayne
Golden Wings & Pretty Things by Kayleigh King
Exiled by Brenda Rothert
Nothing Ventured by Avery Samson
Hard Pass by Brenda Rothert and Kat Mizera
Catching Lightning by Kayleigh King and Greer Rivers
Second Shot with #76 by Piper Rayne
Cheaters: A Dark Romance Anthology
Worth Every Second by Jocelyne Soto
Branded by Dr. Rebecca Sharp