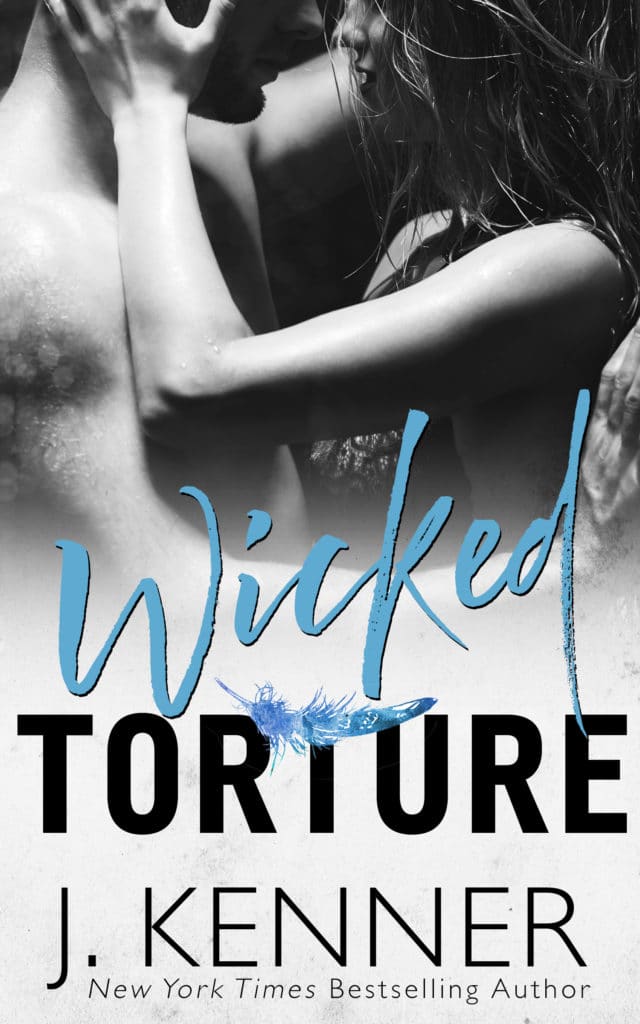 Outwardly, Noah Carter is riding high as the tech world’s hottest new genius. Inside, he’s still reeling from the abduction of his wife and baby daughter eight years ago, and then the devastating discovery of his child’s body. For years, he kept up hope that his wife was alive, but now that she’s been declared legally dead, he’s thrown himself even more deeply into his work, cutting himself off from emotional ties

because they just hurt too damn much.

Then he meets Kiki Porter, an eternal optimist with a killer work ethic and dreams of fronting a band. And everything changes. Even though he tries his damnedest to fight it…

Sexually, they are combustible together. But their true fire is emotional, though it is a slow to burn. But once it lights, it is all consuming. The relationship grows emotionally, the sex is hot, things are good.

But just when it’s looking like they might have a real future together, the past comes back to haunt them. And Noah’s going to have to decide what he’s willing to give up for love …

Somehow, though, he never found the enthusiasm. Or maybe that was just an excuse. Another way of punishing himself for walking away from the woman he loved in favor of the woman he’d owed.

And since he’d never have either of them again, he needed to kick his own ass, pick up the pieces of his life, and start building something real. After all, there wasn’t a tech gadget he couldn’t design, build, or repair. So why was he so clueless when it came to his own damn life?

It was time, and it would be easy. Painless even, because God knew Evie embodied everything he admired in a woman. Strength. Intelligence. Ambition. Humor. Beauty. She was as desirable as Lyle had promised and obviously enthusiastic.

In other words, he was all out of excuses.

He stood up, intending to tell her to lead the way. But the words that came out of his mouth shocked them both. “I’m sorry, Evie,” he said. “You’ve been wonderful, but I have an early meeting, and I should probably get home.”

“Oh.” He’d surprised her as she was rising, and now she teetered awkwardly on her heels, as if his unexpected words would physically topple her.

He reached out a hand to steady her, and for the briefest moment, he considered pulling her close and fighting his way past his hesitation. She was everything he should want in a woman—with the unfortunately insurmountable problem that she wasn’t what he wanted at all. Or, rather, she wasn’t who he wanted.

And while he was at it, goddamn Kiki, too.

He was being an idiot and unfair, and he knew it. An idiot, because he’d made his choice to walk away from Kiki long ago, and he knew damn well that he’d shattered her in the process. Even if he could have seen his way clear to look her up after all these years, he’d forfeited his right to come crawling back.

Unfair, because not ten minutes ago he’d been ready to take the plunge with Evie, and yet here he was, dodging and shifting like a damn coward, trying to swim up out of the deep black ocean of loss and pain. A familiar pain that wrapped him like a blanket, so cloying it was almost comfortable. And he knew damn well that there was only one way to fight it—he needed to take the girl to her room and try to fuck the darkness out of him.

The way he’d done with countless other women.

The way that never worked like it should. That only dulled the sharp edges of his pain, but added no light to the darkness.

That wasn’t what he wanted. Not anymore. One of the reasons he’d moved to Austin was to heal, after all. To heal, and to break bad habits.

Still, it was tempting, and it took more strength than he expected to shake his head again and say very gently, “I really am sorry. I’m not … ready.” She’d been polite enough not to mention the tragedy in his past, but he was certain that Lyle must have at least told her that he’d lost his wife and daughter. Hopefully, that softened the blow of rejection.

She’d regained her footing, and now she stepped back, her forehead creased as her eyes flicked over him, expertly assessing him as she would a witness. “It’s been almost nine years, I’m told.” The sharp edge of her voice sliced his heart. So much for softening the blow. “If you don’t get ready soon, I can’t help but think you’re going to end up sad and alone.”

With a thin, sympathetic smile, she turned and walked away, leaving him to watch her go and wonder at her perceptiveness. Because she was right.

He was going to end up sad and alone.

Hell, he already was. 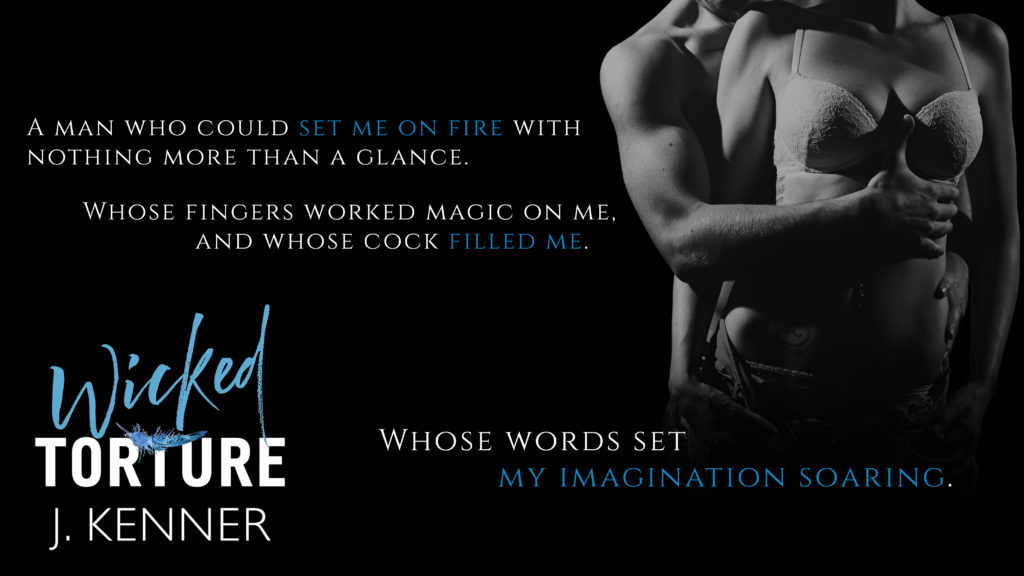 "All that heat and lust and longing came rushing back."

Finally! I've been so intrigued, waiting for Noah's story, and I was not disappointed. I can't resist broken characters, and the author has been teasing me with glimpses of Noah and his tragic past in previous Stark World installments. There are so many amazing characters in this series and I really enjoy when they cross paths in each other's books.

Noah is a tech genius and is currently heading up the Austin branch of Stark Applied Technology. He's been running from his pain, pushing it down. His friends want him to give dating and chance and move on, to try again. He finally agrees to a blind date, ready to consider the possibility. And then he sees her. She brings it all back, making him remember, forcing him to feel again. He tries to fight it. He tries to push her away. She's his
wicked torture. She reignites the fire that has been dormant for so long, burning away the numbness.

Kiki's first love is music. She'd missed it, having walked away from everything to lick her wounds. But now it's her therapy, helping her to work through her pain. The lyrics come from her soul and when she performs, it touches her audience. When he accidentally ends up in a bar where she is singing, the lyrics resonate with him. He wants her, but he walks away instead.

What they say about redheads must be true, because the sparks fly between these two and they are combustible. I made sure not to get too close, I didn't want my reading device to melt before I got to the end of their story. I had too many questions that needed answers and the suspense was just too exciting to resist. I'm a music lover and can't resist stories that involve musicians, so that was an added bonus that made it even better. As new characters get added to the Stark World with each book, I become even more addicted. I can't wait to see who is featured next. The line forms here... 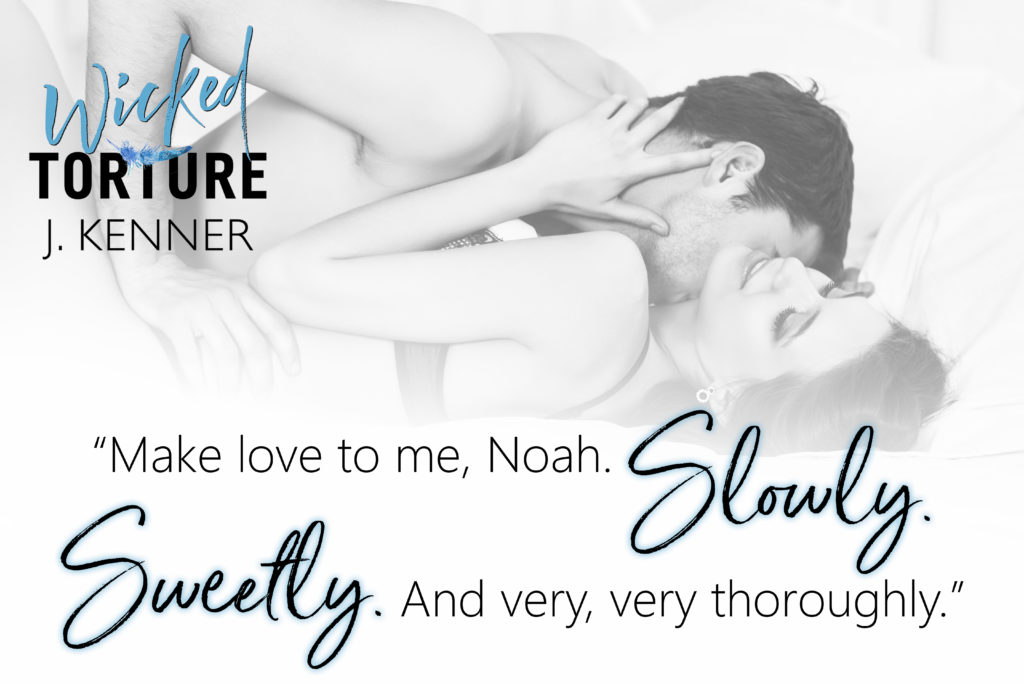