Would Be King by Kim Karr

Title: Would Be King 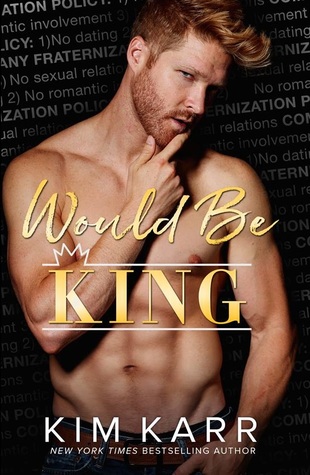 A dare turns into so much more…

All I want to do is get to work on time.
But a Prince Harry look-a-like is trying to steal my cab,
and that’s not going to happen.

In the midst of the battle,
I discover I lost my wallet.
So I bargain—a free ride for a kiss.

His lips taste like mint, and when he tugs me closer,
I can feel the hard muscles beneath his expensive suit.

The kiss ends just as we reach our destination,
and I’m so taken aback by the explosiveness of it,
I rush out without so much as a goodbye.
I’m a hopeless romantic with no time for distractions.

But fate, that bitch,
Has us pounding on the same locked door.

Already knowing I’m going to be fired,
I curse my new boss and his new rules.
The hot suit laughs,
And dares me to tell my new boss what a dick he’s being.
With nothing to lose, I accept.

Never in a million years could I have imagined he is my new boss.
Dating him is against the rules,
His rules.
He’s a rulebreaker, though,
And everyone knows a rulebreaker isn’t a forever-kind-of-guy.

So when he says let’s keep things casual,
I dare him not to fall in love with me.

But there’s a reason rules aren’t meant to be broken,
And finding that out is the hardest thing I’ll ever have to do in my life.

My rulebreaker has a name,
It’s Prince Maximus Montgomery.
And this is our story.

Would Be King by Kim Karr
Rosa's rating: 5 of 5 iScream Cones

"He is temptation. Trouble. Sin. And so against the rules. His rules."

This story was all that from the first page. It grabbed my attention and kept it. The way that the characters meet is so funny and memorable. The instant zing between them was undeniable and 'the kiss' was perfection. The fact that she had no clue who he was was made it even better. The anticipation of the eventual revelation was thrilling.

I really enjoyed the details of the fashion industry. I could see the Bombshell magazine cover in my mind. I also fell for several of the support characters that I hope to get to know better in future stories. I wish I could tell you more, but you'll enjoy the experience more if you just jump in. But, you might want to turn up the air condition first, because it's #HOT! 🔥

I got so caught up in the drama I forgot it was fiction. I devoured this story and every tabloid and Twitter post felt real as well. I want to log in to Instagram and follow the #SexyRoyal. Especially now that I've turned the last page and still want more. Fortunately, this is not the end of my royal reading, there is more yumminess to look forward to. The line forms here... 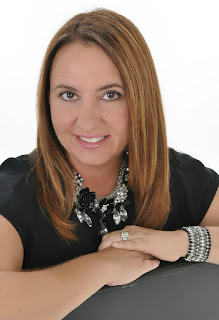 Her romances are raw, real, and explosive.
Her characters will make you laugh, make you cry, make you feel.
And her happily-ever-afters are always swoon worthy.

From the brooding rock star to the arrogant millionaire. From the witty
damsel-in-distress to the sassy high-powered business woman. No two storylines
are ever alike.

Get ready to fall in love.